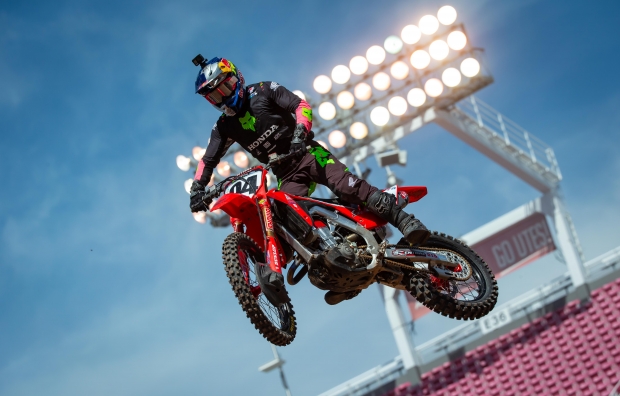 The 2020 AMA Supercross series didn’t finish up the way Team Honda HRC had hoped, with main-event crashes holding Ken Roczen and Justin Brayton to seventh- and 12th-place results, respectively, at round 17 in Salt Lake City. There were bright spots, however, including a dominant heat-race win for Roczen, who also earned third place in the final points standings.

Roczen emerged from the first turn in third and quickly advanced to second, only to lose traction and go down on the first lap while attempting to make a pass for the lead. The German remounted back in the pack and completed lap one in eighth place, then lost a couple of more spots before mounting a modest recovery on lap nine of 25. Like many riders, however, he never did come to terms with the track’s dry, slick surface and ultimately had to settle for seventh.

In his final race with Team Honda HRC, Brayton (who has been a supercross-only rider since 2017) was caught up in a first-turn crash, and he completed the first lap in last place. The veteran did his best to move forward but found progress difficult in the treacherous conditions, and 12th was the best he could do by the time the checkered flag flew.

●    As they had done the previous weeks, Team Honda HRC spent one last Friday session at the Flying Iron Horse Ranch private test track, with Ken Roczen and Justin Brayton putting in laps in preparation for Sunday’s series finale.

●    After Friday’s practice, the Roczen and Brayton families hosted another team dinner at the Braytons’ short-term rental home, celebrating Roczen’s round 15 win with a catered meal from Luna’s Kitchen, an organic restaurant in Park City.

●    The Team Honda HRC crew departed the stadium shortly after the race and began the drive back to Southern California. They broke up the 10-plus-hour trip by stopping on the road, planning to finish up on Monday. Meanwhile, Roczen and Brayton got in one more sleep in Salt Lake City before heading home.

●    The first hour of round 17’s afternoon program was televised live on NBCSN, before switching to the NBC national network for the final two hours. A similar arrangement had been used for round 11, with over 1.1 million viewers tuning in.

●    This was the second early race of the Salt Lake City stretch, with the afternoon program kicking off at 1 p.m. local time, meaning very short turnarounds between each class’s second heat race and LCQ.

●    The track featured a short start straight followed by a pair of tricky 180-degree turns. The entire circuit had a tight layout that made it difficult for some to find a flow, and the hot temperatures and lack of humidity made for a dry, slippery surface.

●    Brayton finished eighth in morning qualifying, with a 50.014” lap, while Roczen could only manage an 11th-best time of 50.095”. After the second 450SX qualifier, it was evident to the Team Honda HRC crew that Roczen needed a different fork height for the tighter track, and the adjustment was made prior to his heat race. Smartop/Bullfrog Spas/MotoConcepts rider Malcolm Stewart was the top Red Rider–third-best with a 49.496” time–while teammate Justin Hill was ninth at 50.028”.

●    When the final points were tallied, Roczen came up just short of second place in the title chase, finishing five points behind runner-up Cooper Webb. That said, it was the best final position in the series for Roczen since 2016, after which he was plagued by a string of serious injuries. The German earned four wins this season, while Brayton finished ninth with a best finish of sixth.

●    Everyone on Team Honda HRC congratulates new champion Eli Tomac, with whom many on the team have worked during his days as a Honda rider.

●    GEICO Honda’s Chase Sexton successfully defended his 250SX East title by scoring the win in the 250SX East/West Showdown. The top 20 riders from each region were slotted into their own heat race, and the regions faced off in the main event, which paid points toward both titles based on overall fishing position. The victory was the fifth of the season for Sexton, and his third in a row, and the Illinois native will now move up to the factory Team Honda HRC CRF450R for the AMA Pro Motocross series. In addition, the team’s rookie rider Jo Shimoda earned 250SX Rookie of the Year honors.

“I really wanted to get second place in the championship and was in a very good position to do so, but unfortunately I jumped to the inside before the triple and lost both ends. That cost me a bunch of positions and I ended up only seventh in the main, which obviously wasn’t enough. But we got a heat-race win and are leaving here healthy. The track obviously wasn’t in the best shape; I felt like we were riding parade laps out there because it was dry and sketchy. Still, overall it’s not bad; I got four wins this year and third in the championship, which is four more than I’ve had in the past couple of years, and I’m in one piece. That’s big for us, so I’m leaving here with my head high.”

“Overall, I had a blast in these seven rounds at Salt Lake—just an amazing experience! Massive shout-out to Feld and everyone who made this happen for us to finish it up. As far as today’s race went, it wasn’t my best by any means; I felt like it was over before it even started. [Justin] Barcia’s bike got caught in my rear wheel going down the start straight, and I was at a standstill—needed to get off my bike and Justin came up and we wrestled with it a little bit, trying to get it out of my rear wheel. I was last and far behind, and with the track conditions, it was hard to make up any time. It was just like riding on concrete. Unfortunately, not a good result, but overall I’m happy with the trip. There were obviously some highs and lows throughout the series, but we’re healthy and excited to see what’s next for me.”

“The day started off good, with both guys riding really well. We got a heat win for Kenny, and Justin rode really well in his heat. Unfortunately, that main event—with Kenny going down and Justin getting in that first-turn crash—just kind of took everything to a halt. The guys rode hard throughout the race to put in a solid effort. I know it was a unique season for us, and we made it through.”

“What a ride! The Salt Lake City rounds didn't quite turn out the way we had hoped, but all in all it was still a really good series for us. I’m really proud of Ken with the ups and downs he’s dealt with, especially since we got here in Utah. I’m really happy with the team and the way everyone worked together. We ended up with third in the championship, which is really nothing to hang your head at, so we’ll come back and try to get it done.” 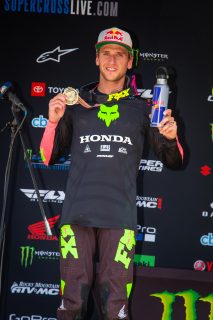 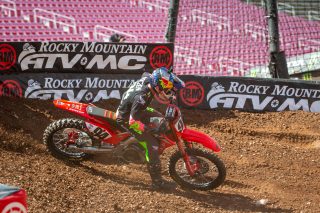 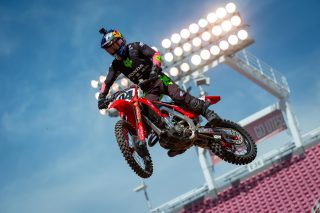 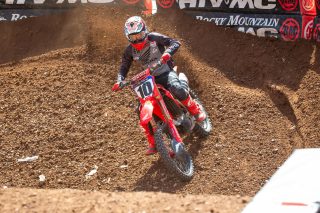 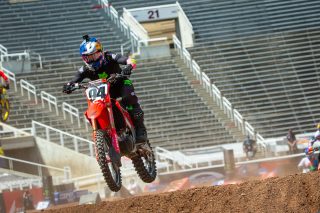 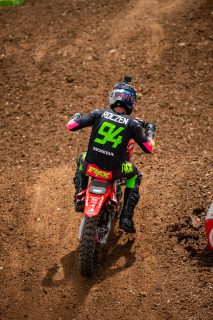 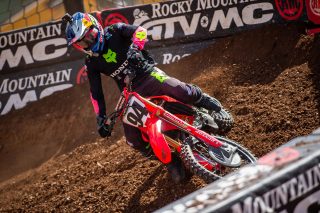 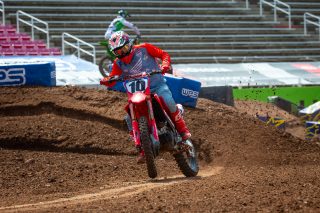 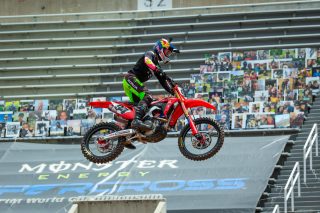 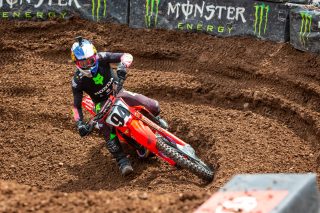 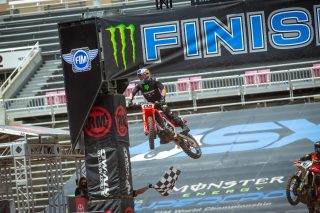 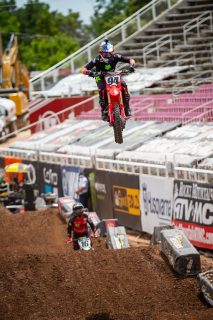 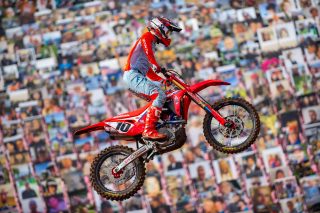 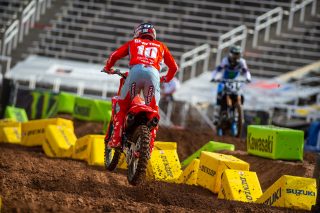 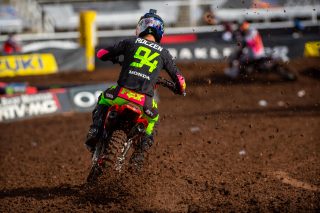 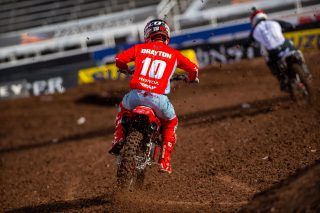 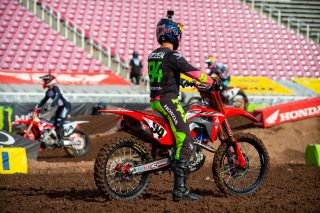 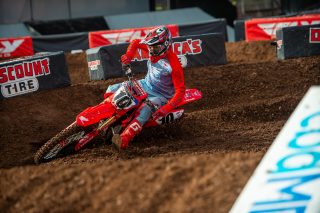 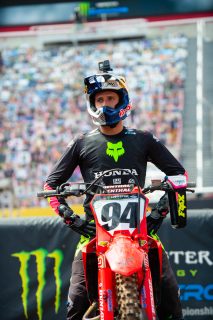 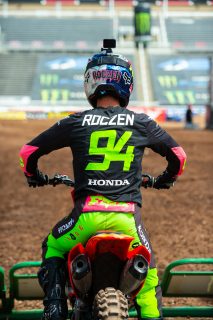 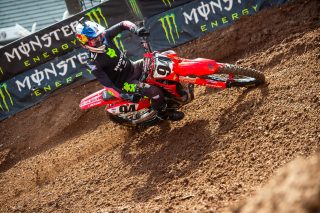 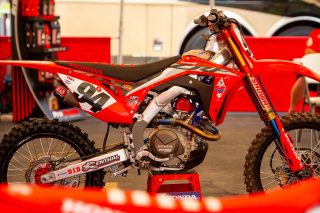 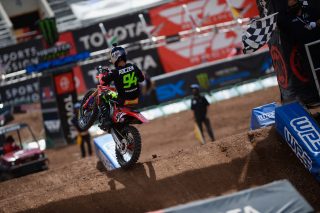 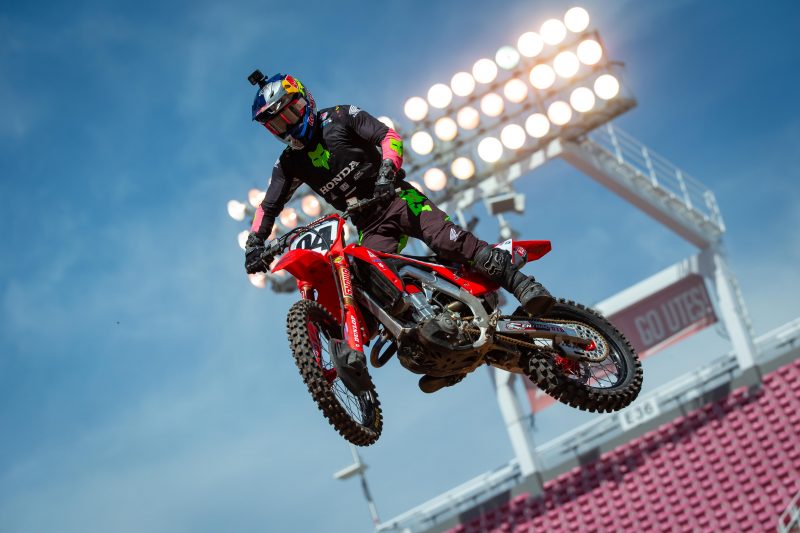