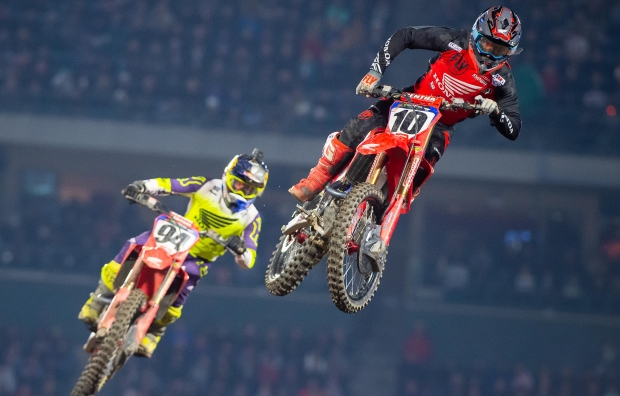 When the gate dropped for the main event, Brayton came around the first turn in fourth place and quickly made his way into third in the first rhythm section. Meanwhile, Roczen was shuffled around in turn one, emerging ninth. While the German began making his way forward, Brayton made an impressive pass into second on lap two. It was short-lived however, as he relinquished the position on the following lap. Meanwhile, Roczen had advanced to fifth, where he stayed for the first half of the race. With less than eight minutes remaining, Brayton surrendered one more position, dropping to fourth, right in front of his teammate. Roczen began applying pressure and eventually took over the spot. On the same lap, Brayton was taken down by another rider, causing him to lose positions and ultimately take the checkered flag in eighth. As the track deteriorated, Roczen struggled to find his groove, making several mistakes that caused him to lose two spots and finish sixth.

“Anaheim 1 started pretty good but the main event was definitely not the greatest. We were a little off on our bike setup, with it being way too stiff. That really showed in the main because of the way the track deteriorated so much. I didn’t feel like I was able to keep a good flow or attack the track the way I needed to. For sure this is not the position we wanted for the night, but it’s good to get the first race out of the way and leave healthy. We know what we need to work on for the upcoming race and have a plan in mind moving forward to implement those changes. Overall we’re not going to let this first race get us down, and I’m looking forward to St. Louis.”

“Tonight did not go as we wanted. The bike was pretty stiff all day, but with how the track shaped up throughout the night it really amplified it. Ken was just uncomfortable and couldn’t get into a rhythm. We’re going to readdress things this week and hopefully have a better setup for St. Louis.”

“We have some positives and negatives to take away from today. The heat race went really well, with both guys getting good starts and riding strong to finish 1-2. The main event didn’t go as we had hoped though. It could have been worse, so sixth and eighth is definitely something we can build on. Justin was riding very strong but went down with [Jason] Anderson. That hindered him, but he’s okay which is good. Ken felt his suspension was a little stiff, so we need to work on that to get him a little more comfortable. It’s always a challenge because we do so much testing before the season and the guys put in so many laps, but it’s really hard to tell until you’re in a race situation on a tough track like tonight. We’ve got some work to do.”

“I’m pretty happy with how tonight went overall. To start the night with that heat win and Kenny and I going 1-2 was super cool. The biggest thing I’m really stoked about is my starts. All off-season, that was my main focus. I told myself that if we can start up front, we can win some of these races, and I think I really put a stamp on that tonight. Running top-three for over half the race was great too; unfortunately, I got taken out, but it is what it is. I was still able to get up and get eighth. So a heat win, two good starts and an eighth with a crash—I’d say I’m pretty happy. The bike was awesome too, so it’s only up from here.” 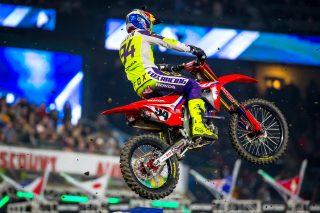 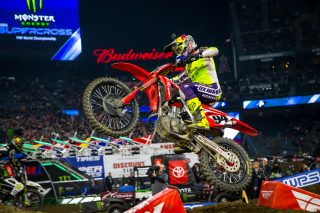 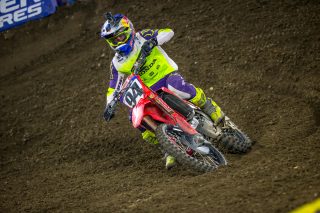 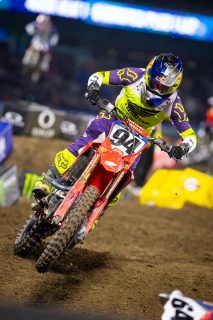 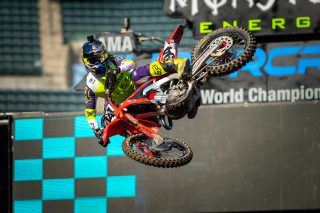 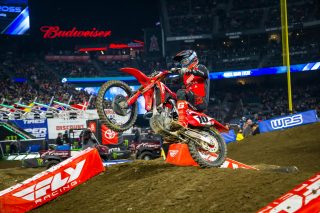 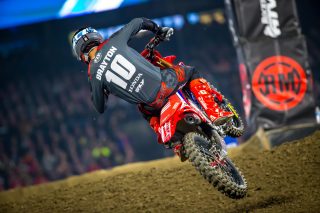 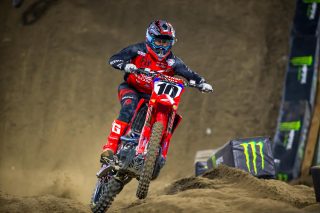 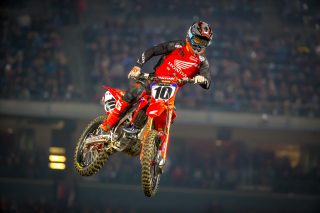 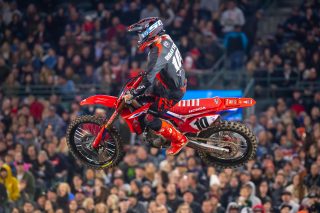 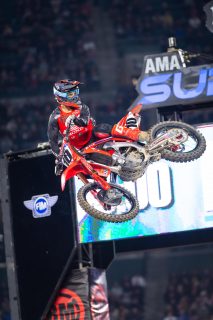 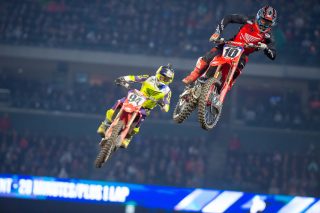 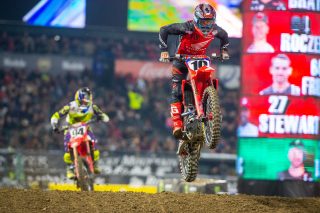 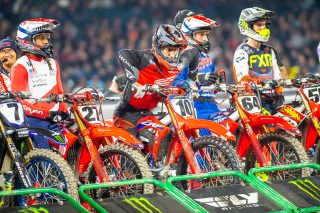 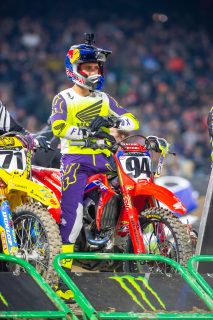 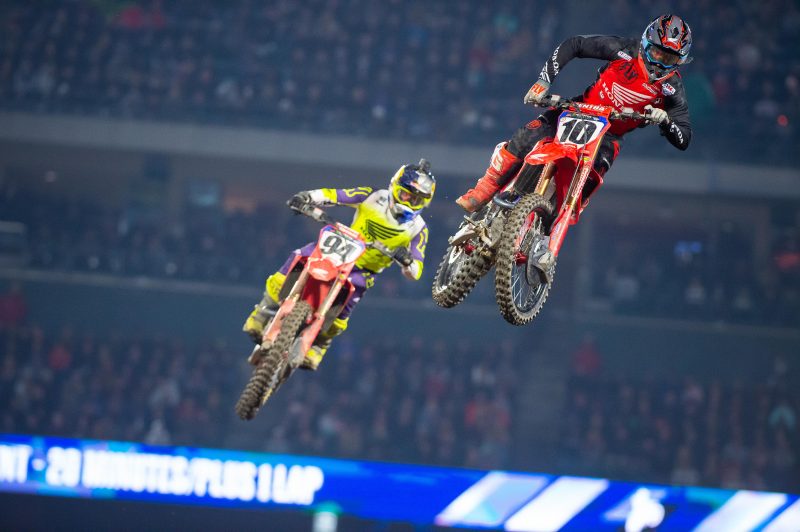