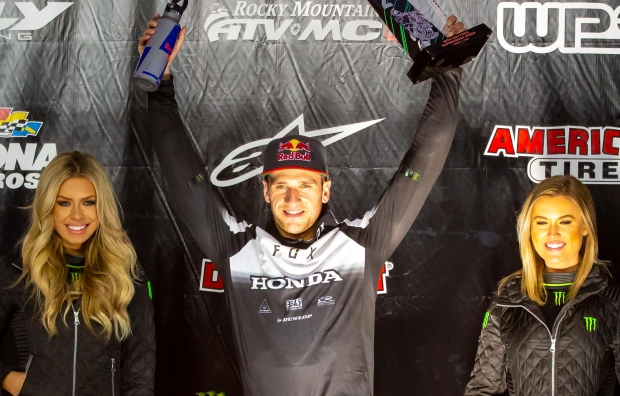 Round 10 of the AMA Supercross series in Daytona Beach, Florida, saw Team Honda HRC’s Ken Roczen put together an impressive ride, leading 14 of 18 laps before engaging in a heated battle and ultimately relinquishing the front spot to take the checkered flag in second.

Roczen was aggressive right out of the gate, rocketing his CRF450R down the start straight and rounding the unique 360-degree first turn in second. He wasted no time, quickly making a pass into the lead on the opening lap. From there, the German looked poised to score his fourth victory of the season, as he opened an eight-second margin on the field. Midway through the race, Roczen lost some of his initial aggression, allowing Eli Tomac to close the gap on him. The duo battled hard, with Roczen eventually making a mistake in an off-camber turn and briefly tipping over, allowing Tomac to take the lead. Roczen didn’t quit though, fighting hard in the final laps to try and mount a counter-attack. He was close, finishing a mere .707” behind the leader. Meanwhile, teammate Justin Brayton had a hard night, fighting back from a less-than-desirable start and a big crash on the last lap to finish 10th.

“Tonight went well and I’m happy to come away with a second. My starts have been really good lately, and that continued today in both the heat and the main. When I got out front, I knew I needed to try and lay down some good laps to get a cushion. In the middle of the race I kind of switched up my lines a little, and it didn’t work too well. Eli was coming quick and closed in on me. I made a mistake and tipped over in a turn, which cost me the lead. Even after that happened, it was important for me not to give up and stay right behind him. We were putting down a good pace at the end there, and I think if I had another lap, I could’ve tried to battle back for the lead. I tried my hardest though, and in the end, it wasn’t good enough for a win. I’m really happy with the consistency that we’re bringing every weekend, and with my starts and overall riding. We’re still in a good position for the rest of the season.”

“I’m pretty disappointed; it doesn’t seem like I can catch a break, honestly. I got an okay start but was shuffled around on the first lap and came around in about 10th. I wasn’t able to make the moves I needed to and was back in the chaos. On the final lap, I was completely taken down by Vince [Friese].”

“Tonight was really great. Ken rode strong all day today – qualifying well, winning his heat, leading most of the race and then getting second. Obviously, we’re a little disappointed not to come away with the win but Tomac is very strong here and we knew that coming in. Ken put up a good fight though and kept him honest all the way until the end. It was another unfortunate end to the night for Justin. He was riding steady but on the last lap had a pretty bad crash with Friese. He still managed to finish 10th but I know he wants more and has been frustrated the last few weeks.”

“Man, so close tonight! Overall, it was a really good day here in Daytona though. Ken rode awesome all day and I’m really proud of him. I think we did a really good job focusing on him and doing what we needed to put him in a good position. The team did a great job with the bike all week, and Ken’s feedback was positive so I think overall he’s happy. We came up a few laps short, and obviously Eli was riding awesome so we weren’t able to hang onto the win. We’re still only three points down and have a lot of racing to do, so this battle will likely come down to the end. I’m excited to get back to it in Indianapolis.” 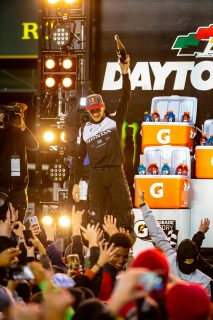 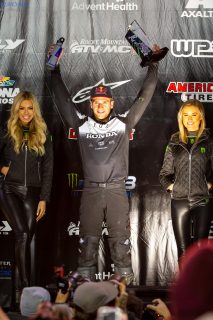 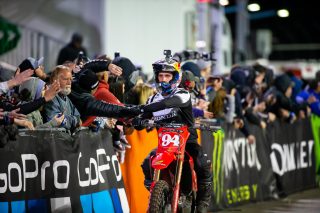 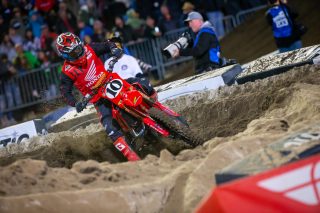 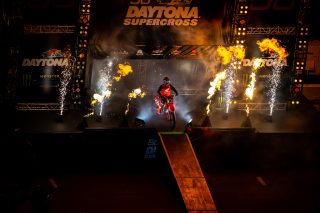 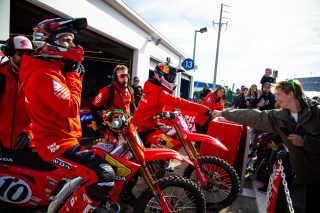 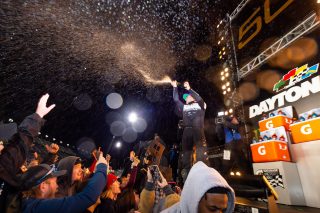 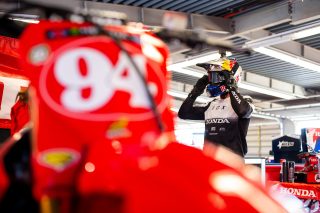 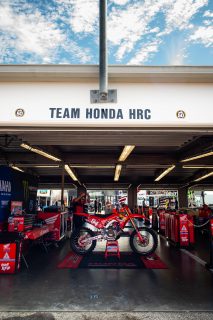 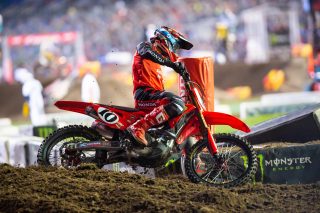 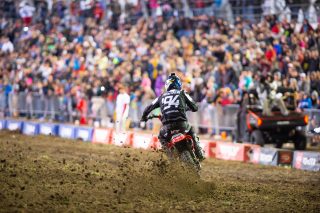 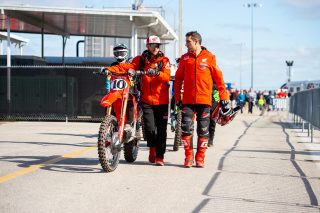 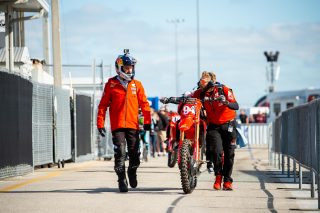 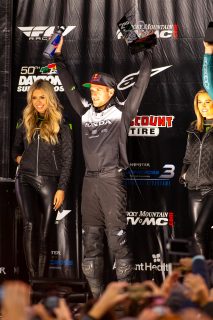 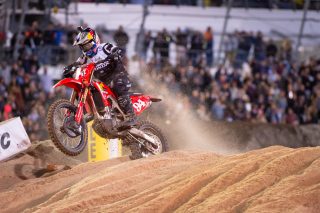 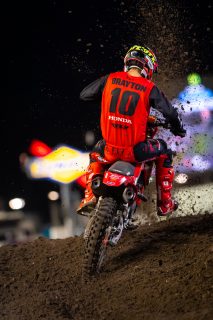 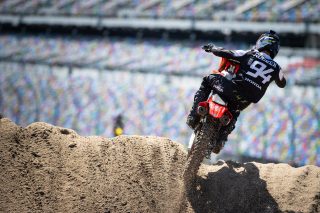 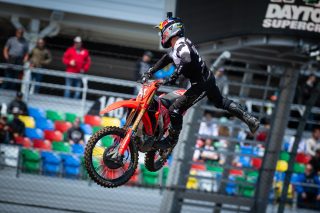 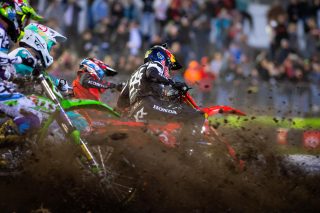 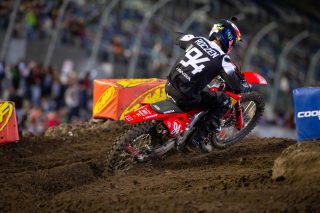 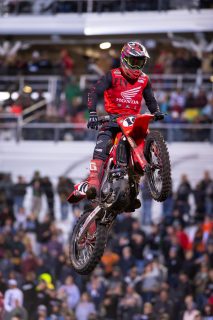 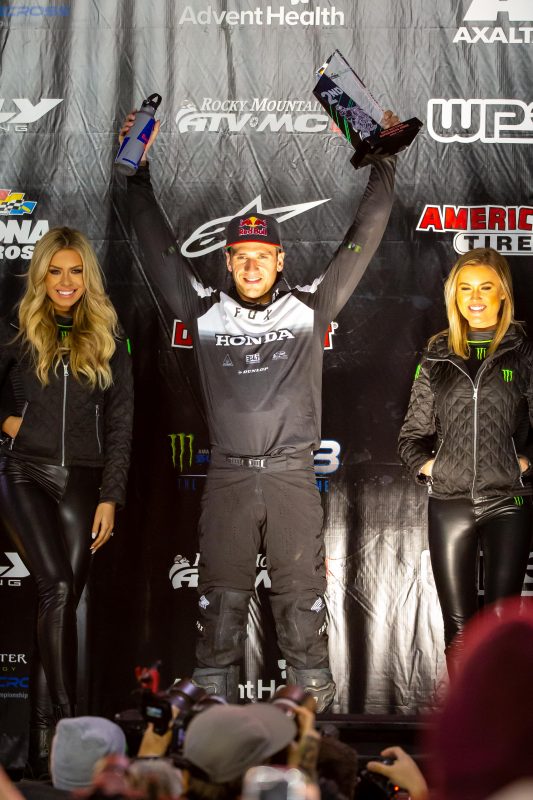