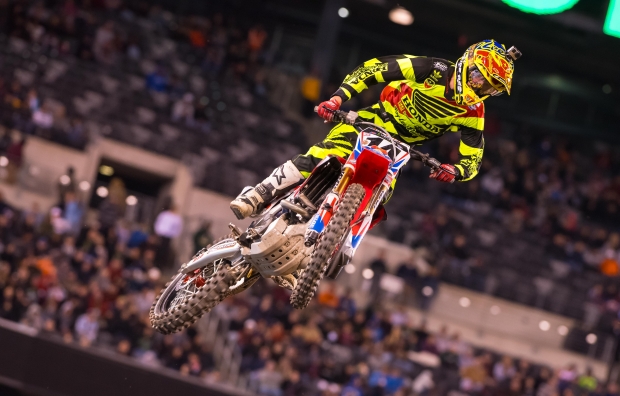 It was a solid night for Team Honda HRC at the penultimate round of the AMA Supercross series, as Cole Seely turned in a strong performance aboard his CRF450R, scoring his fourth podium result of the season. After the gate dropped, Seely quickly settled into second position, where he rode unchallenged through the early portion of the 20-lap race. At the halfway point, Seely was forced to fend off multiple attacks, and although he relinquished one position with four laps remaining, he was able to maintain the final podium spot to the finish.

Teammate Trey Canard got off the line to a seventh-place start but was shuffled back several positions on the opening lap. He moved forward a few spots before being overtaken by two more riders, and he ultimately finished eighth.

THE FOCUS: Honda and the New York Media

With the race being held just across the Hudson River from New York City—arguably the media capital of the world—there was more mainstream coverage of the event than is typical of most rounds. Team Honda HRC’s Cole Seely and Trey Canard arrived in the New York metropolitan area early in order to participate in Thursday’s pre-race press day, which took place at MetLife Stadium. After speaking with the attending local media, the racers were given the chance to ride a portion of the track. On Friday, the Honda Red Riders were busy in Manhattan, participating in interviews with Gear Patrol and Scout.com regarding training and what it takes to be a professional supercross racer.

On race day, American Honda hosted journalists on a morning road ride, giving them an opportunity to try select models from the 2016 lineup. At the stadium, a group including journalists from Selectism, Men’s Health, Bloomberg and Popular Mechanics took a tour of the Team Honda HRC technical truck before interviewing mechanics and staff. Prior to the opening ceremonies, the journalists headed to the Honda suite to take in the racing.

Crashing this morning was not a great way to start the day off, but it made me really grateful. I’ve had smaller crashes and not been able to walk away from them, so to have something that bad and basically come away unscathed is very lucky. I had good qualifying after that and was happy with the bike and my riding. I still don’t have the results that I want in the main, but I got a much better start and then just got shuffled back on the first lap. I wasn’t able to make passes quick enough and then lost some positions at the end to [Jason] Anderson and [Marvin] Musquin. All in all though, I’m looking at the positive and am thankful I’m healthy. 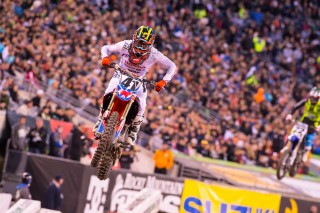 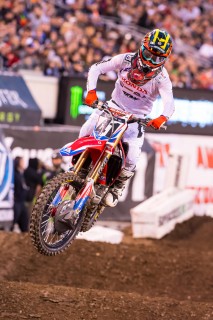 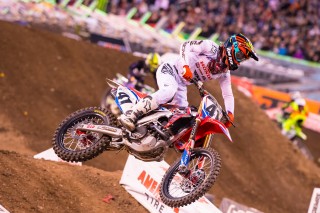 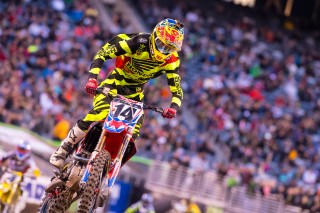 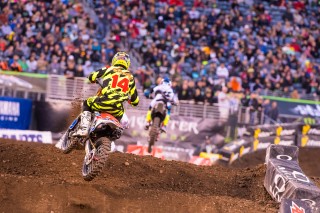 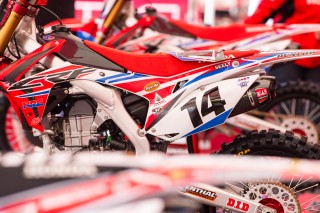 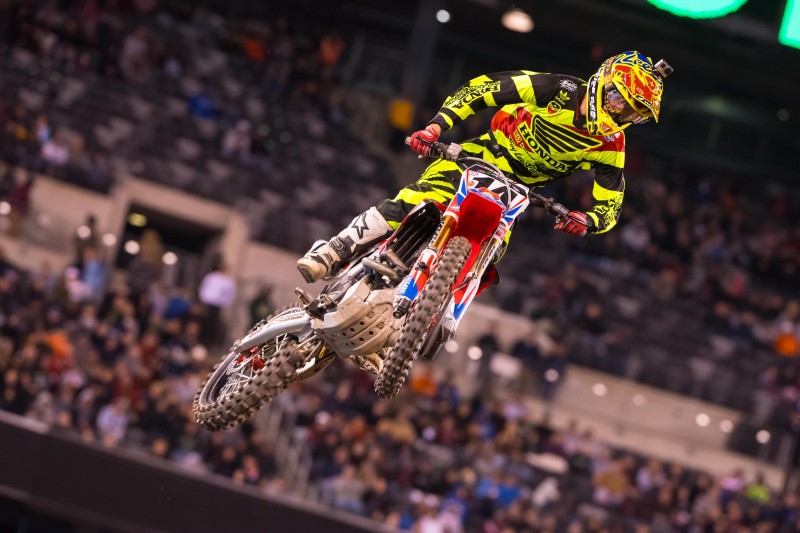