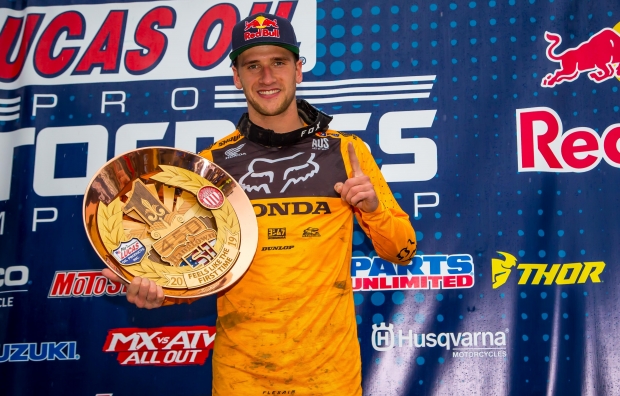 The opening round of the 2019 AMA Pro Motocross Championship, held in Rancho Cordova, California, saw Team Honda HRC’s Ken Roczen secure his first overall 450MX victory since incurring serious injuries in the 2017 AMA Supercross season. Roczen’s long-awaited return to the top step of the podium gives him the red plate heading into round two.

Roczen got off the line to a decent start in the first moto, emerging from the first turn in sixth. The German made swift and aggressive passes, taking over the lead on the first lap and building a gap. Throughout the 30-minute-plus-two-lap race, Roczen rode flawlessly, stretching his advantage to 15 seconds by the checkered flag. Meanwhile, teammate Cole Seely got off to an 11th-place start and worked his way into ninth on the second lap, which is where he spent the remainder of the race.

When the gate dropped on moto two, Roczen emerged from the muddy first turn in fifth place aboard his CRF450R. As in the first race, Roczen made speedy and precise passes, moving into second on the first lap and setting his sights on the leading Eli Tomac. He closed the gap and made an incredible pass over the Fly 150 jump to take over the front position. Roczen quickly began to pull away but small mistakes on the deteriorating track allowed Tomac to close back in and retake the lead. The two frontrunners continued to play cat and mouse, but Roczen was never able to mount another charge and settled into second, which is where he finished. Seely had a challenging race due to the wet and muddy conditions. After getting a less-than-desirable start, the Californian was forced into the mechanics’ area for new goggles after the first lap, sending him back to 19th. He regained a few positions before multiple crashes once again thwarted him, and he ultimately crossed the finish line in 18thplace.

“I’m absolutely stoked. All day, we were on it; qualifying was great, got the first moto win and then the overall. I honestly didn’t think it would go that well because I felt like I had more in the tank and it’s hard to gauge where you’ll be at the first round. What we did today was very important to me, the team and our journey. I didn’t get the best start in the first moto but was able to make some moves early to get out front and have a clear track. We were all hoping we could get one moto in without the rain, so that was great. The second moto was tough and those types of conditions can backfire on you so quickly. Eli [Tomac] and I had a good battle in the beginning. We kind of yo-yoed back and forth. I had some sloppy parts out there though, so I just took it extra easy toward the end and didn’t want to push the envelope to risk a mistake and miss the overall. This is such a great way to start the season, and I can’t wait to keep the momentum going.”

“Today was great—I’m so happy for Ken and the team! Everyone works so hard, especially Ken himself, so to see him come away with this long-awaited win is incredible. He looked solid all day, laying down the fastest qualifying time in practice and dominating the first moto. He was even strong in the terrible conditions of the second race. We still have some improvement to do on the bike to make him even more comfortable, but I think we’re in a good place to continue to build. It was a disappointing day for Cole; he rode solid in the first moto but the conditions in the second race didn’t play in his favor at all. He’ll regroup and head to Fox Raceway strong.”

“Today was pretty rough. The first moto wasn’t too bad but the second was a struggle for Cole. He didn’t get a great start and lost a lot of time coming into the mechanics’ area after the first lap to get new goggles. It was basically downhill from there because any time he would gain some positions, he’d make a mistake and lose it. He went down a few times too, so it was more about survival at that point.” 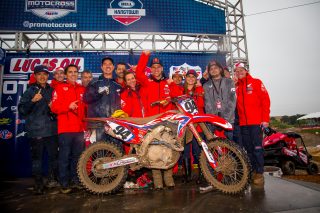 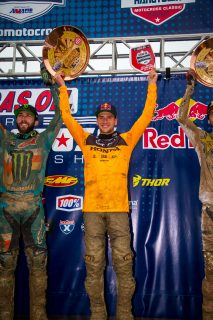 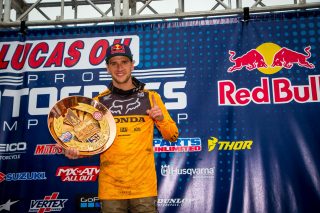 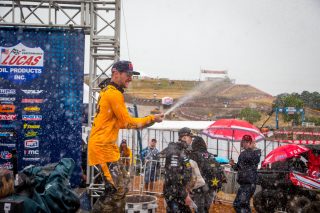 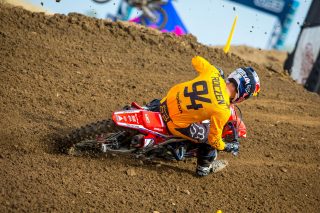 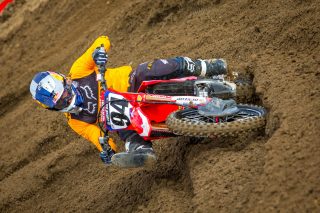 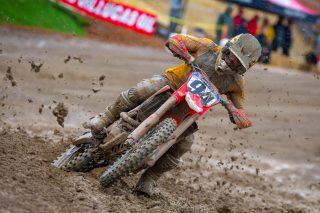 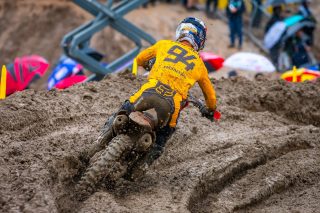 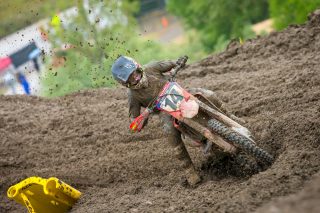 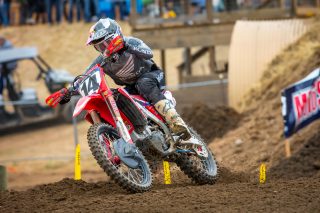 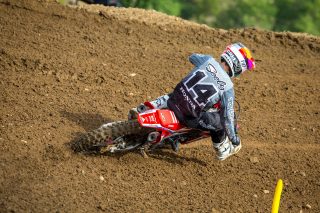 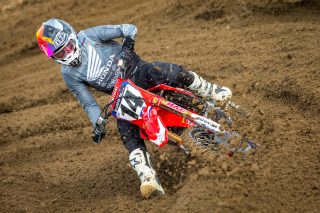 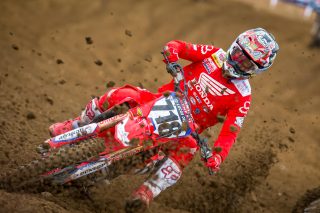 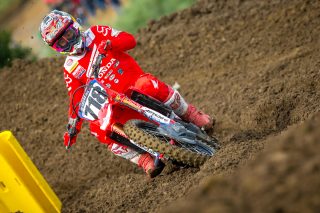 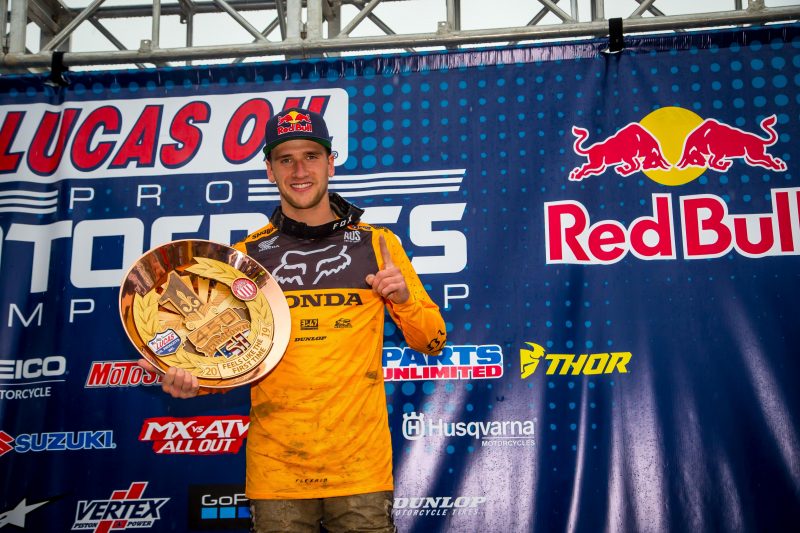