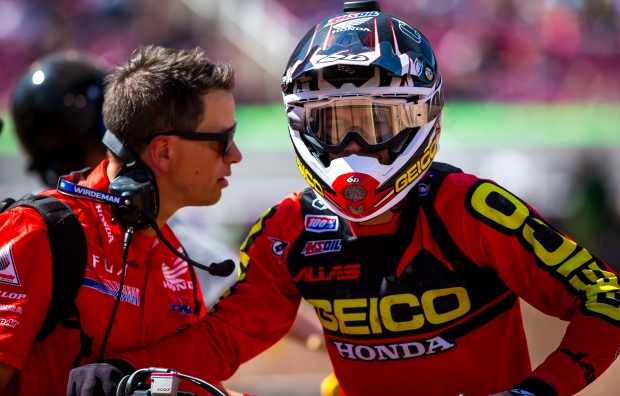 With Team Honda HRC’s Cole Seely sidelined due to a torn adductor muscle and Ken Roczen still out for the season with arm injuries, GEICO Honda rider Christian Craig filled in aboard a factory CRF450R as the squad’s sole rider for round 15 of the AMA Supercross series in Salt Lake City, Utah. During his first-ever 450SX race, Craig put together a respectable come-from-behind performance to secure 11th. When the gate dropped, Craig was slow off the line and was shuffled toward the back of the pack. After completing the first lap in 18th, the Californian went into recovery mode, moving forward to take the checkered flag just outside the top 10.

THE FOCUS: Final Surgery for KR94

This past week, Team Honda HRC’s Ken Roczen returned to Vail, Colorado’s Steadman Clinic for the 11th and final surgery on his left arm, which was injured in a crash at Anaheim 2 on January 21. Over the course of several hours, Dr. Randall Viola inserted cadaver cartilage into Roczen’s elbow, a procedure that is expected to ultimately give the arm full range of motion. During the operation, Viola also spent time cleaning out scar tissue from the affected area. It’s estimated that Roczen’s arm should be able to bear weight within six to eight weeks.

With the long surgery process finally behind him, Roczen will soon be traveling to his native Germany on vacation, and he will continue to do physical therapy during that trip.

“I’m really happy to have this last surgery out of the way,” Roczen said. “They got the cadaver piece earlier than expected, which is awesome because that was the last piece of the puzzle. Now I can really focus on recovery without having to worry about any other surgery. Other than that, things are going well. I’m excited to be going to Germany for the first time in a few years to vacation with family and take my fiancé for her first time. I’ll still be doing physical therapy while there and then will be hitting it hard when we’re back.”

Today was a great experience. I didn't have huge expectations for tonight because I wasn't sure where I'd stack up to all these guys with it being my first 450 Supercross race other than Monster Energy Cup, but I had honestly hoped for a top 10. I qualified sixth in practice, which I was pretty happy with. I went into the heat and just rode tight the first couple laps, made some mistakes, and I think the nerves just got the best of me. I transferred out of the semi with a fourth. In the main, I got a bad start and just tried to make little passes here and there and take advantage of people's mistakes. With minimal time on the bike, I wasn't too far off my goal by finishing 11th. This was a good preview of what I can expect leading into the summer. I'm excited for the opportunity that Honda has given me. 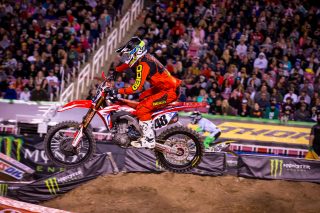 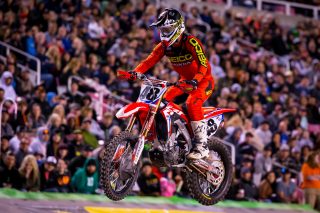 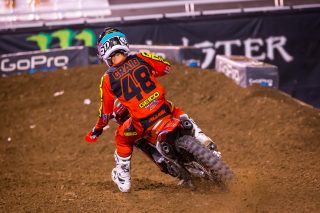 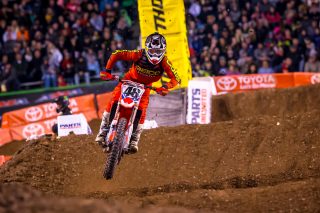 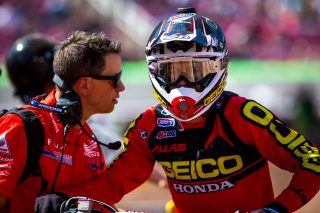 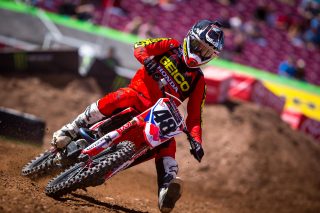 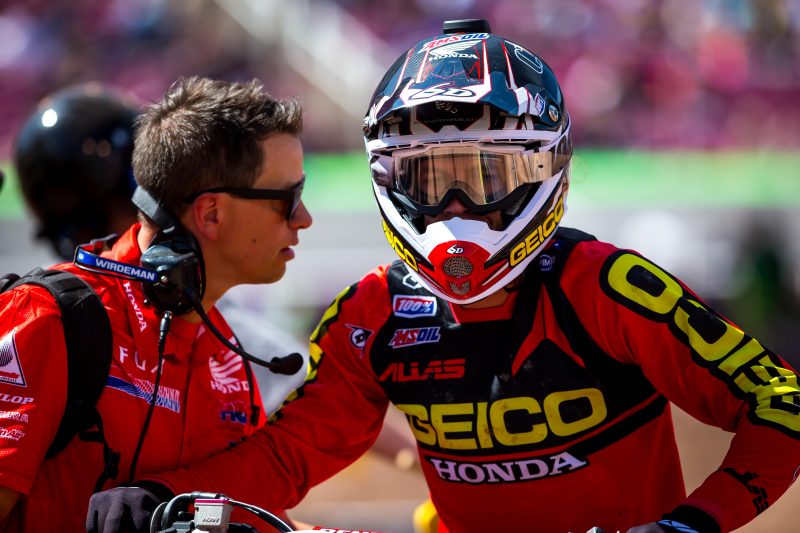