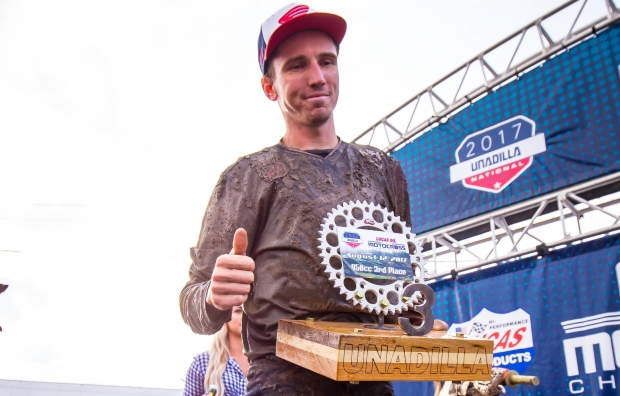 The AMA Pro Motocross Championship returned to action this weekend in New Berlin, New York, for the Unadilla National, where heavy rain made for a hectic day of racing for everyone. Despite the less-than-desirable conditions, Team Honda HRC’s Cole Seely showed prowess while navigating through the sludge en route to his first-ever 450MX podium overall finish, a third-place result via 3-6 placings. For the second consecutive week, teammate Christian Craig finished eighth overall, with 5-9 scores.

In moto one, Craig launched to a fifth-place start and quickly moved into third before falling back to fifth during the first lap. Seely came around the first turn just outside the top 10. On lap two, Seely moved into sixth and began applying pressure to his teammate before making a pass stick on the following lap. Another rider went down, allowing both Seely and Craig to move up to fourth and fifth, respectively, and they maintained those positions for the majority of the moto. On what turned out to be the final lap, another rider pulled into the pits, allowing Seely to move up a position, and when the inclement weather subsequently prompted a red flag, he finished in third. After a weather delay of over two hours, the second moto got underway and although the rain had dissipated, the track was even more treacherous. Craig and Seely powered their CRF450Rs down the mud-covered start straight to solid getaways, and during the shortened 20-minute-plus-one-lap race, both riders experienced goggle problems that caused them to lose multiple positions before Seely finished sixth, three positions ahead of Craig.

During Saturday’s opening ceremonies, the American Motorcyclist Association officially announced the riders selected to represent Team USA at the 2017 Motocross of Nations at Matterley Basin in England. For the first time in his career, Team Honda HRC’s Cole Seely was selected to compete in the MXGP class.

“I’m really honored and incredibly excited to represent Team USA at this year’s Motocross of Nations alongside Zach [Osborne] and Thomas [Covington],” Seely said. “I can’t even say this has been a dream of mine because I honestly never thought it was in the cards. Even though we’re considered an underdog team, I think we have a good chance of winning. All of us really want to be there and are excited, which is how it should be. I know both Zach and Thomas have raced at the track before so I’m going to be looking to them for guidance a little bit. I’ve been working really hard this season and am going to be taking this event seriously. I want to do well and represent my country the best I can.”

Team Honda HRC manager Dan Betley is proud to have Seely represent Team USA. Betley has been to the event many times, winning on three occasions as Jeff Stanton’s mechanic and attending with Ivan Tedesco, Andrew Short, Trey Canard, and Justin Barcia. “It’s such an awesome event that until Cole actually gets there and experiences it, I don’t think he’ll fully understand,” Betley said. “When you’re there and get that sense that you’re representing the United States and there are so many fans cheering you on, it’s unlike anything else. It’s unfortunate that due to the date so many guys are opting out of this event, but we have to keep it going and represent our country. This is something Cole’s going to remember for the rest of his life.”

“The day started off pretty good. I went into it open-minded but knew I wanted to get out front early in practice to get in a good lap. Luckily, I was able to do that and scored the fastest lap time of the day, so I was pretty happy. That’s the first time I’ve been able to do that in the 450 class so it gave me a lot of confidence heading into the motos. I got a pretty good start in the first moto and was third but got shuffled back in the beginning and went to fifth. I’ve been struggling with not holding my position through the first couple laps, so I need to work on that. Cole and I pretty much rode around together in fourth and fifth the whole race. I was happy to get back in the top five though. Then the rain came and it was a big question mark if we were even going to race the second moto. I got a good start in the mud but had to pull my goggles early and tried to ride without them; it just didn’t work so I had to pull in and get some new ones. I lost some positions from that, ending up ninth for eighth overall. There are positives to take away from the weekend despite the conditions, so I’m looking forward to Budds Creek.” 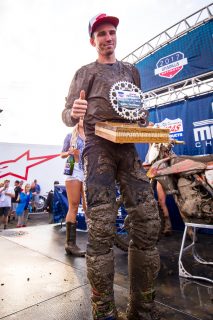 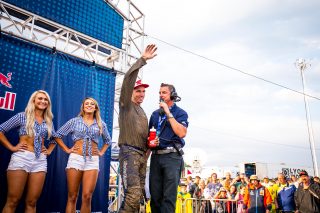 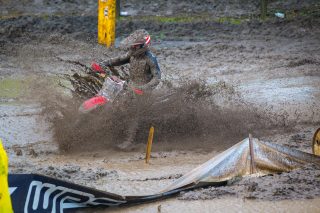 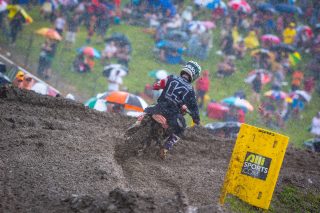 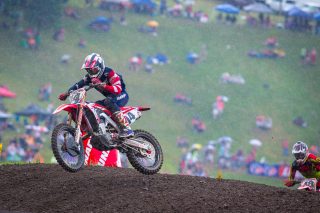 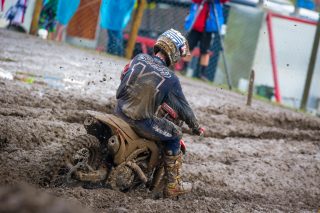 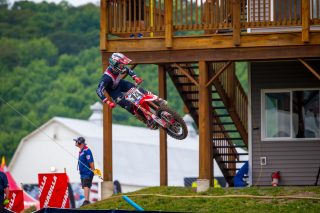 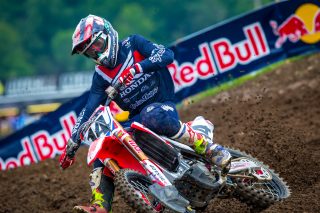 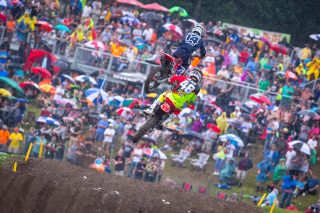 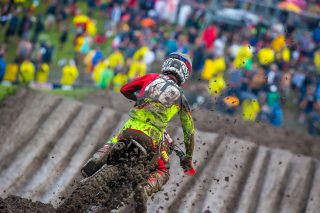 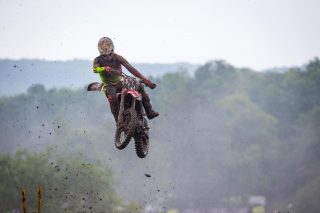 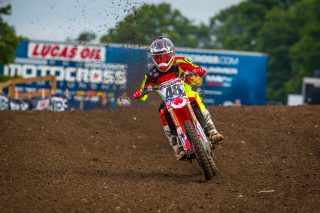 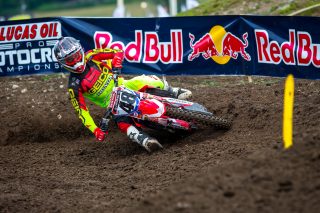 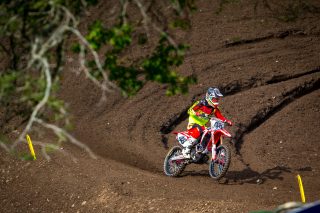 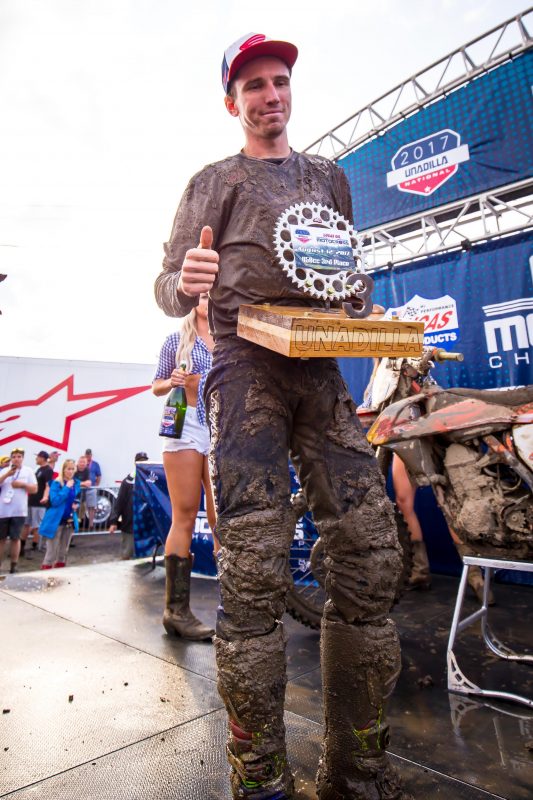