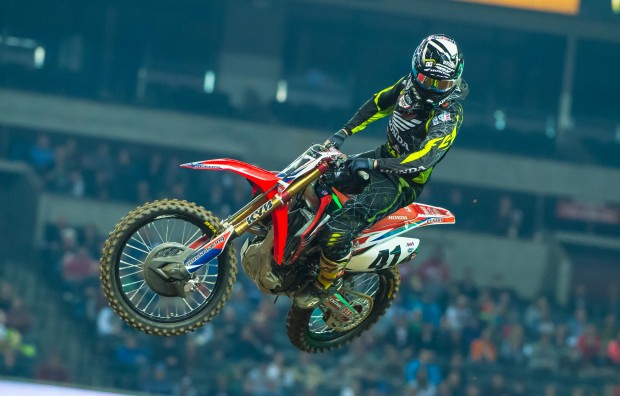 Round 8 of the AMA Supercross series marked the first of two back-to-back stops at Atlanta’s Georgia Dome, and for Team Honda HRC it also marked the point at which Trey Canard advanced to second place in the points standings, thanks to yet another podium finish. In addition, Cole Seely rebounded after a tough race at the previous round to finish a solid fourth.

Canard turned in another strong ride aboard his factory Honda CRF450R, earning a heat-race win before bringing home a third-place finish in the final. Although a poor start left Canard unable to fight for the win, he rode an impressive race, advancing from outside the top 10 to third by the time he reached the checkered flag. Seely qualified through his semi race and sat fifth after the first of 20 laps in the main, then eventually worked his way into fourth behind his teammate.

THE FOCUS: Noren Prepares for Motocross

For Fredrik Noren, often referred to as “Fast Freddy,” the past eight months have been a whirlwind. After a successful stint as a substitute rider with the factory Honda team during the latter part of the 2014 AMA Motocross season, the Swede was chosen to be the squad’s official test and fill-in rider for 2015. Noren campaigned the first six AMA Supercross rounds in the 450SX class, for MotoSport.com/Crossland Honda, but now duty calls for outdoor testing to begin.

“Freddy wanted to ride some Supercross, and we wanted him to get his feet wet,” said Team Honda HRC manager Dan Betley. “He has never really ridden much Supercross, so I think for all of us it was more of a learning experience to see how he would do on a 450. The most important thing was we didn’t want to see him get hurt, because the plan for him moving forward is to do some testing for us in preparation for outdoors. Right now, his bike has been turned into a test bike, and he’s going to be doing some endurance testing on engine parts for us. Then when he’s up to speed and more acclimated to motocross, he’ll move into some chassis testing.”

Betley also noted that fans can expect to see Noren back in action this year, as the plan is for him to return to racing at the Hangtown AMA Motocross opener. “Freddy will still be racing under the MotoSport.com/Crossland Honda umbrella, but he’s on standby for the factory team in case any of our riders get hurt. He’ll be our guy to come over and fill in.”

“Not a bad night at all. I’m happy to be on the podium again, and to have moved into second in points, but it was a bummer to get another bad start. I just moved forward and did the best that I could, which is all we can ask for. I was riding really aggressive, but I think you have to when you’re that far back. I started to catch them a little when I got into third, but it was basically cat-and-mouse all the way to the end. I think the bike was working great in the main event, so hopefully we can keep that going into next week and come out strong.”

“Tonight was not so bad for us. Trey had a pretty good race, even after a bad start, and Cole also rode well to finish in the top five. We still had problems with our starts, so hopefully we can figure that out soon and improve. Trey’s podium finish was good though. Now he’s second in points and in the hunt for the championship, which is where he should be.” 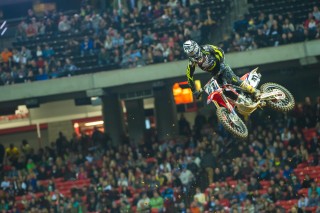 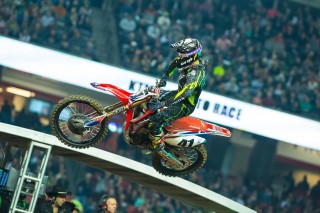 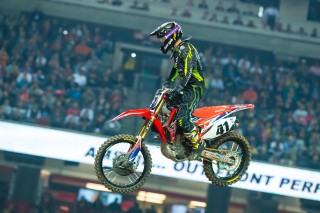 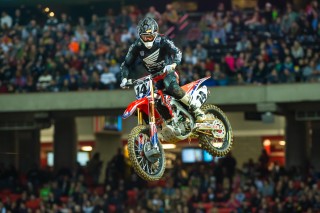 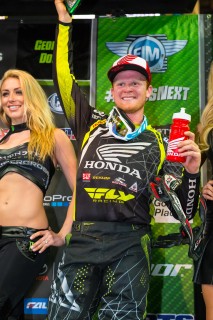 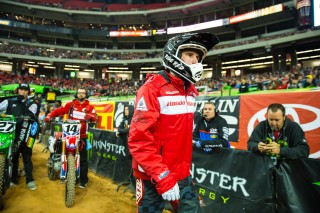 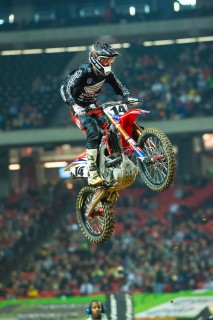 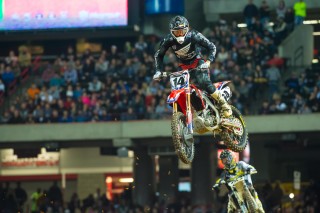 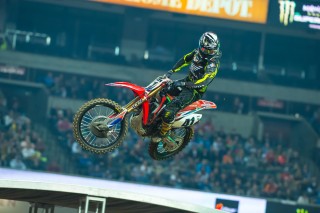 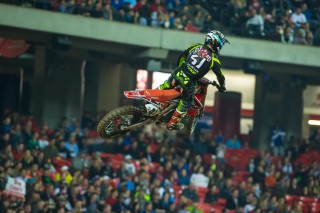 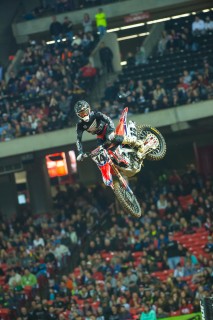 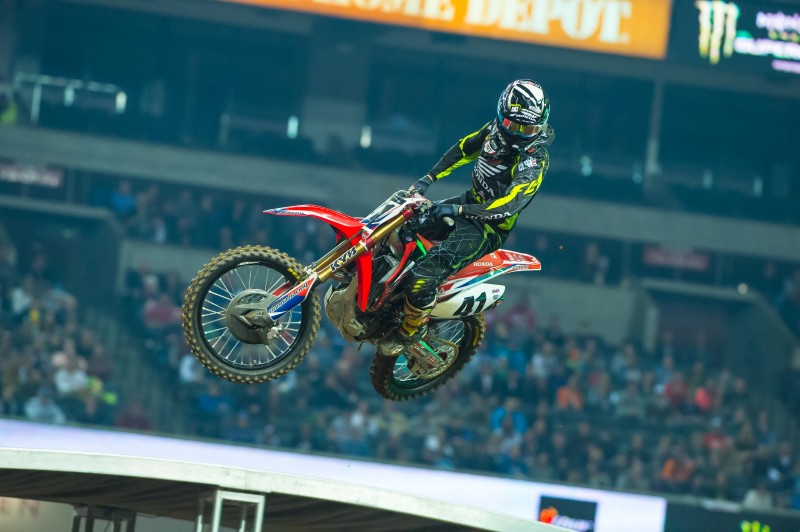