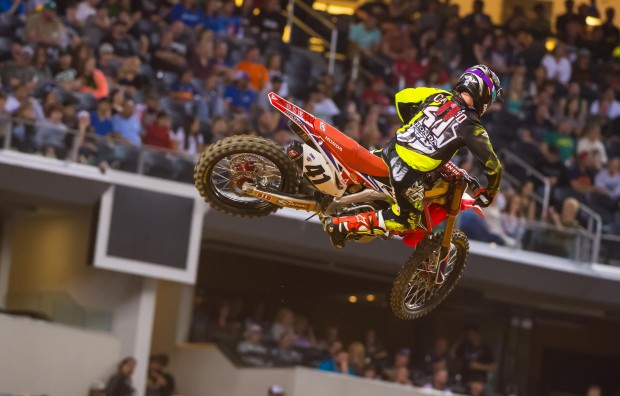 Round 7 of the AMA Supercross series in Arlington, Texas, was filled with mixed emotions for Team Honda HRC as it saw Trey Canard follow up his second win of the season last week with a solid podium finish, while Cole Seely experienced multiple challenges to finish 10th.

Following a heat-race win, Canard recovered from an eighth-place start in the main event by advancing to third near the midway point. He earned valuable points and continued his progress toward the championship. It was a trying night for Seely, who was forced to take a less-than-desirable route to the main event, via the LCQ. A fall early in the main left him at the back of the pack, but he was able to regain composure and move into 10th by the checkered flag. GEICO Honda’s Eli Tomac finished the night in seventh place.

The rider-mechanic relationship is a special link. It may take a while for the connection to form, but after it does, it can be a true bond—the mechanic knowing exactly how the rider wants his bike to be set up, and the rider trusting his wrench to achieve that. For some riders and mechanics though, the relationship is based on more than just racing, and that’s the case with Trey Canard and Brent Presnell.

With this being Canard and Presnell’s 11th year together, the duo has been through many highs and lows. “My relationship with Brent is really special,” Canard says. “He came to me in such a critical time in life when my dad had passed away and I didn’t have anyone to work on my bikes, so Brent came and lived with me. There’s more than racing between us; he’s like my family to me, and the relationship is very deep.”

“Honestly, sometimes I feel like we’re just the old married couple,” Presnell laughs. “We don’t have to talk; we just know what to do and what the other is thinking. I’ve been around him long enough to know his good days and his bad days based off his demeanor. There are certain times when he just needs his space to cool down for a little while, and I can normally get a good read on that so I can warn other people. We’re both from Oklahoma and come from similar backgrounds, so we have a lot in common away from the track.”

Look for a bio on the Cole Seely-Rich Simmons rider-mechanic pairing in an upcoming Team Honda HRC Race Brief.

“Overall, I’m happy with my ride tonight. I was giving it my all and you could tell that both those guys [fellow podium-finishers Ken Roczen and Ryan Dungey] were really feeling good today. I didn’t feel especially great all day so to come away with a third is a nice feeling. I think the nights you’re not feeling your best are the ones you need to capitalize on and get a podium for the points. I mean I’m still a little disappointed because you always want to win, especially when the guys who beat you are ahead of you in points, but it’s a long series. I just need to keep my head down and keep moving forward.” 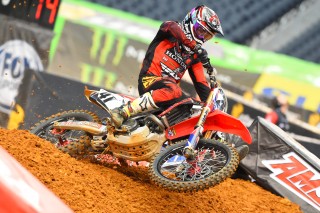 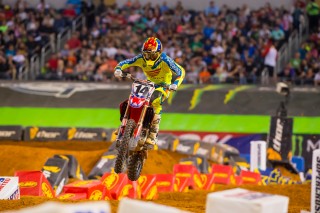 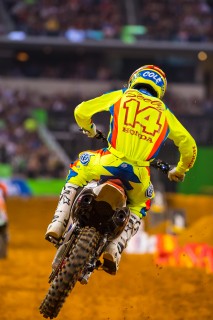 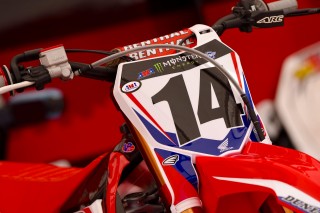 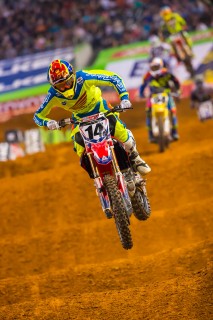 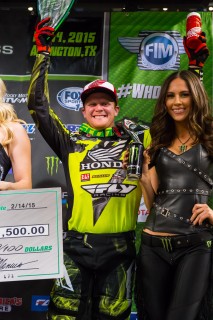 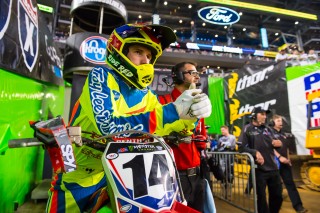 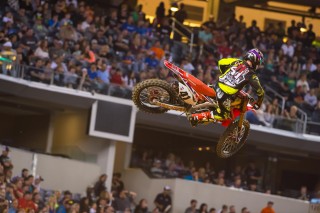 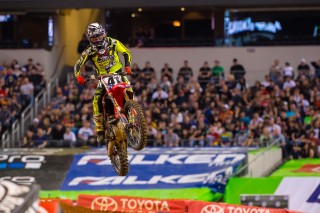 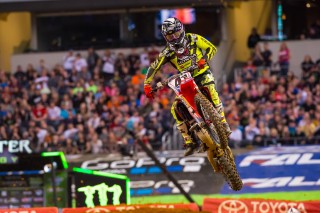 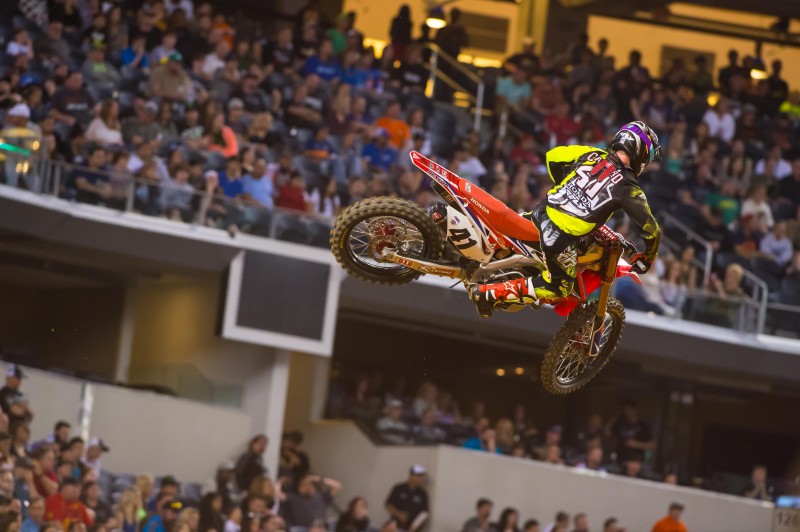