With injuries having put Team Honda HRC riders Cole Seely and Ken Roczen out for the remainder of the AMA Supercross series, GEICO Honda racer Christian Craig filled in aboard a factory CRF450R as the squad’s sole rider for round nine in Atlanta. It was an outstanding night for Craig, as he notched his career-best 450SX result with a fifth-overall score via an impressive 6-7-5 race tally. When the gate dropped for the first of three 450SX main events, Craig grabbed the holeshot and early lead. With four minutes remaining, Craig came under heavy pressure and had to give up multiple spots, and he ultimately took the checkered flag in sixth. In the second race, Craig managed a sixth-place start, then slipped to seventh at the halfway mark and stayed there to the finish. The evening’s final race proved to be another exciting one, as Craig launched to his second holeshot of the night and rode up front like a class veteran until lap four, when he was overtaken. He relinquished three more positions by the end, crossing the finish line in fifth.

“I hate to see anyone get hurt, especially someone so close to me. Cole is like a brother to me, and also someone I look up to, so it was such a bummer to see him get hurt. But it opened the door for me to ride in the 450 class and gave me an opportunity put in some better results than I had last year on the 450. I had a couple days on the bike and just came into it with an open mind. I didn’t have any expectations except to be proud of myself and how I rode. I think that showed in how I performed. All day was solid. I had some decent qualifying and just went into the night show confident in myself. I’ve been working a lot on the mental side of things so it’s time to finally show it. I led a lot of laps tonight, both in the first and last motos. Being up front with those guys isn’t something you can practice for; you have to just do it and learn from it. It was fun to ride with those top guys. I’m looking forward to next weekend in Daytona and am hoping to keep building off tonight. Fifth is a personal best for me, so I’m pretty happy with this, but on the other hand I’m hungry for more.”

“Christian definitely exceeded everyone’s expectations tonight. Everyone knows he’s a very talented rider, but he just hasn’t had much time on the 450. I think for the couple of days that he did get testing this week, he did an awesome job. He got two holeshots and ran up front for a long time in both races. We’ll keep improving the bike this week and go into Daytona even stronger.” 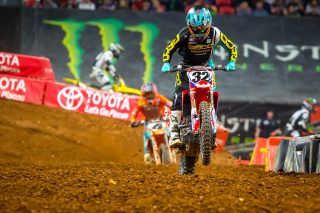 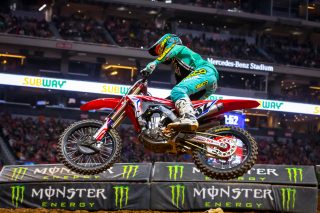 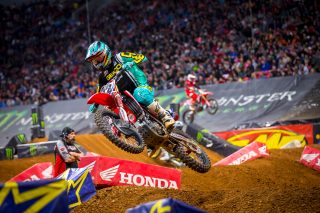 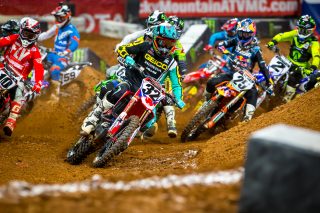 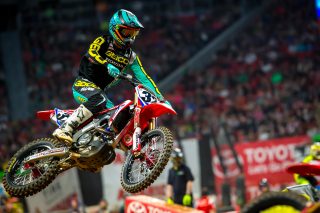 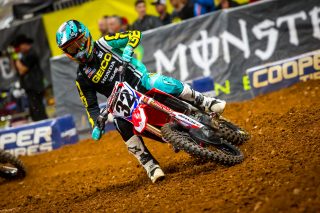 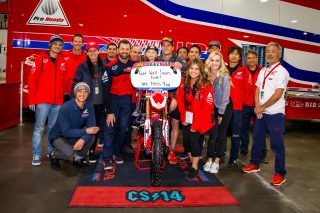