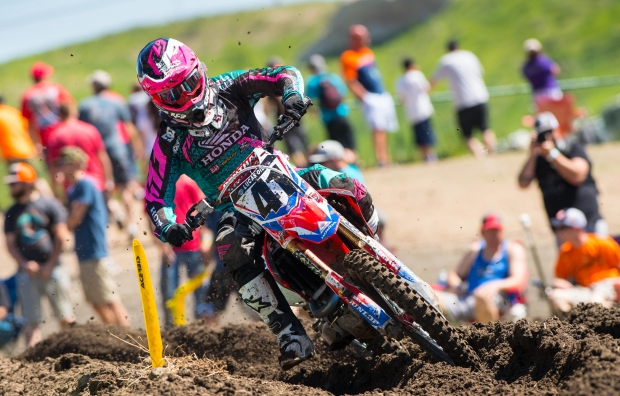 TORRANCE, Calif. (July 13, 2016) – Team Honda HRC’s Trey Canard will return to action this Saturday for round eight of the AMA Pro Motocross series at Spring Creek MX Park in Millville, Minnesota, after missing the last four races due to an injury sustained while practicing. Canard, who suffered a bulging disc in his neck that caused numbness in his arm and hand, has been riding the last two weeks and is prepared to return to competition.

Team Honda HRC is eager for Canard’s return, as the squad has been forced to sit out the races at RedBud and The Wick 338 after teammate Cole Seely was also injured. This past weekend in Southwick, Massachusetts, GEICO Honda’s Justin Bogle was the sole rider aboard a factory-prepped CRF450R. Although the day started on a positive note for Bogle, who scored a career-best fourth in moto one and took the holeshot in both races, he was forced into the pits after a hard moto-two crash.

“I’m excited to be returning to the starting gate this weekend,” Canard said. “After my crash, I didn’t have enough strength to hang onto the bike for a full moto, due to the numbness in my arm and hand, so I felt it was best not to risk it. I’ve been doing whatever I can since then to rehab it in order to get back to racing as soon as possible. Things have gone smoothly since I started riding again about a week and a half ago, so I’m eager to race with these guys.”

“We’re looking forward to having Trey back at the races,” added Team Honda HRC manager Dan Betley. “We’ve had a tough couple of weeks and even though Justin has shown a lot of speed, scoring four holeshots in a row and his best finish of the year, it will be great to have another rider out there. Trey is extremely determined, so I’m certain it won’t take him long at all to return to form and start battling up front.” 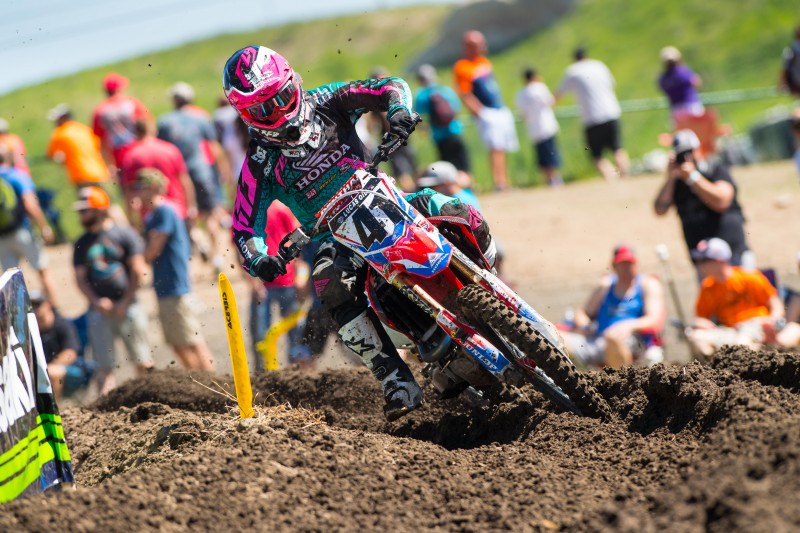