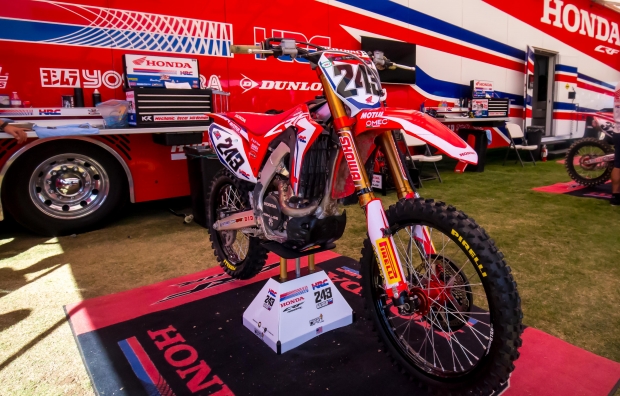 The 2017 Monster Energy Cup didn’t go as planned for Team Honda HRC, as both Tim Gajser and Christian Craig were sidelined early after crashes in main events one and two, respectively. In the first race, both riders started on the left side of the split gate, with Craig coming out in fourth and Gajser running mid-pack. A few laps later, the race was red-flagged and riders were directed back to the line for a complete restart. When the gate dropped for the second time, Gajser got away much better and was running fourth on the opening lap, while Craig was near the back. After taking the Joker Lane early, Gajser moved into third and Craig was 10th. During the closing laps, the Slovenian lost two positions before a scary crash sidelined him for the remainder of the race and evening. Craig gained one more position, taking the checkered flag in ninth.

In the second main event, Craig secured a top 10 start and was working his way forward before he came together with another rider and went down. Unfortunately, the Californian reinjured his left hand and was unable to rejoin the race or finish the evening.

I’m so bummed with how Vegas ended. The entire team worked their butts off testing with me the past couple weeks. We had a lot of fun and got the bike perfect. Practice went pretty good. The track was sketchy and guys were crashing everywhere in the mains. In the second main I got together with another rider and punched the ground as I fell. The fall wasn’t even that hard but I hit it just right I guess. I’ll be fine, just bummed I didn’t get to finish out the night for the team.

I really like supercross but I just think I need more practice. It’s very different from what I’m used to. I was having fun all day and during the race before my crash. I’m very sore but thankfully nothing is broken, so I’m able to go home pretty healthy. I think this was a good start and positive learning opportunity, so hopefully I can come back and race again.

This wasn’t the day I was hoping for my first race back, but it was good to get a race under our belts as a team prior to Anaheim. I think this was a good taste for Tim of what supercross is about. This is pretty intense and a completely different style of racing for him, so I think with the small amount of time he had in preparation for it, he did a really good job. The main thing is he’s going home healthy and not injured, so it’ll be interesting to see if he decides to come back and race again. I think the restart frustrated Christian a little. He got a good start in the first race, then they red-flagged it; the second start didn’t go so well, so I think mentally, that took away his momentum. He was riding okay but then went down in the second race and was unable to finish the night. Hopefully he’ll be okay but we’ll see what the doctor says. 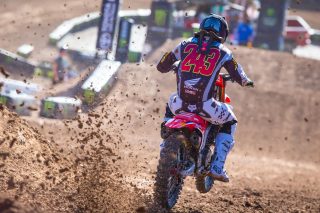 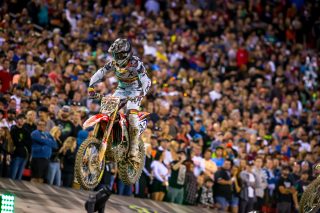 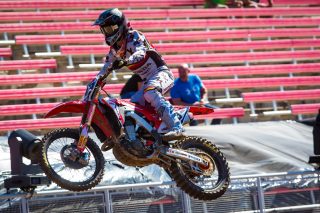 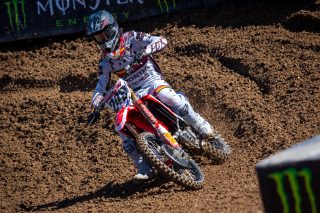 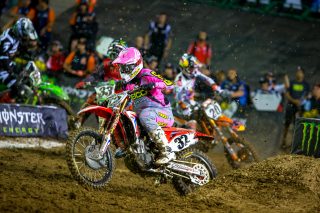 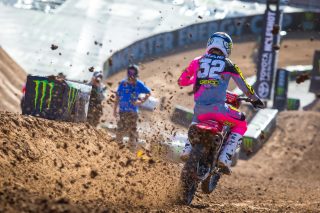 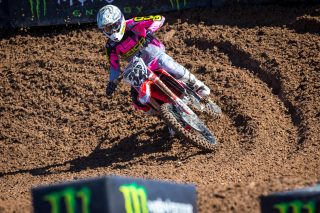 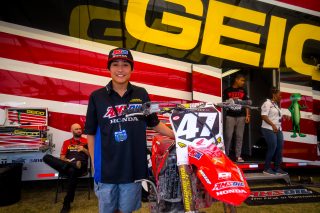 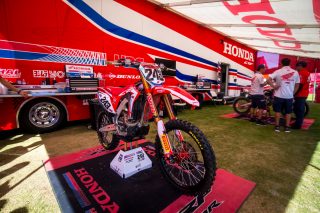 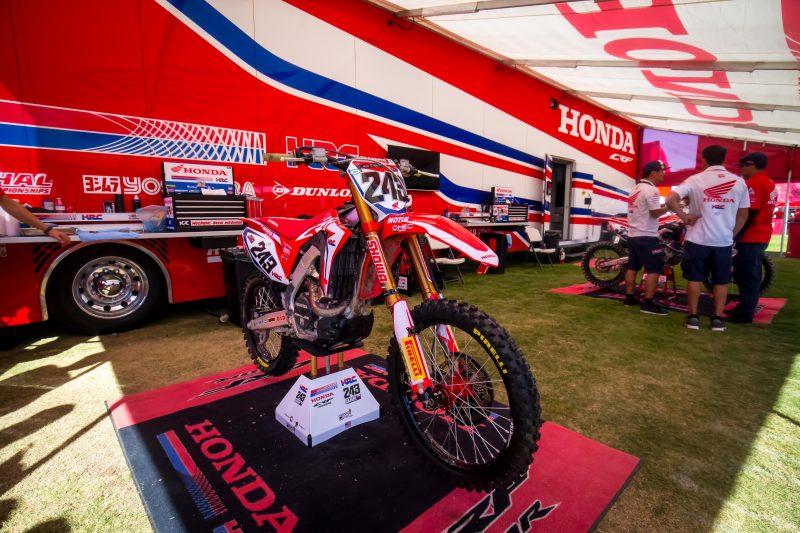