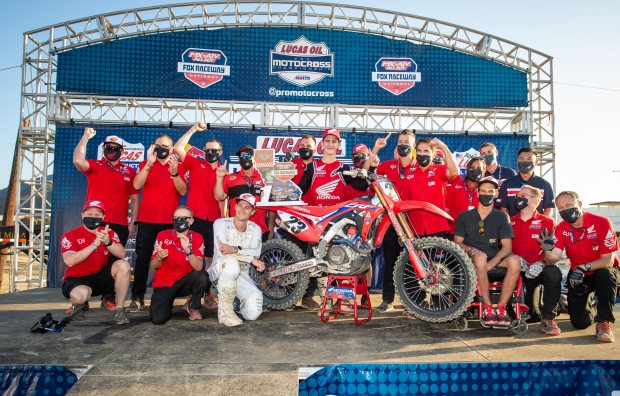 Team Honda HRC’s Chase Sexton ended the dramatic 2020 racing season with a stirring career-first overall win in the AMA Pro Motocross series finale at Southern California’s Fox Raceway, while teammate Christian Craig also had a season-best showing, finishing runner-up in moto two and taking fourth overall. Sexton was also the top qualifier and took fifth in the championship standings, while Craig–serving as a reliable fill-in for the entire series–was sixth in the final points.

The first 450 moto at Fox Raceway, located in North San Diego County, saw Sexton in fourth off the start, pressured early by his teammate. Sexton advanced to second at the midway point of the 18-lapper, with Eli Tomac following closely for several laps before making the pass. Craig did likewise, but with two laps to go, Sexton got back by, and the Red Riders finished third and fourth.

The final gate drop of the season saw Craig and Sexton charging in second and third, respectively. Sexton made a push just past the halfway point and passed Craig for second, then latched onto the leading Adam Cianciarulo’s rear fender, the trio separated by less than two seconds, with a healthy margin on the rest of the field. When the leader crashed over a jump, Sexton moved to the front, with Craig close behind. Sexton put his head down and earned his first career moto win, by 5.2 seconds over Craig, for a 1-2 moto-two showing by Team Honda HRC. Sexton’s second-moto win placed him atop the day’s classification, while Craig finished just off the overall podium.

“Final round here in Pala, California--I’d say it went pretty well! I qualified fastest and finished third in the first moto. I didn’t feel that great, so I told myself we have one 30-plus-two-laps, and I put it all out there and came out with the win I’ve been searching for all season. I waited until the last moto to do it, so it feels good and is a good way to go into the off-season and start testing on the new bike. I’m super happy with how everything went this season. I feel like it was pretty successful and I’m looking forward to the future and getting on this new bike and testing with the team.”

“This weekend was great. Pala is my home track, so I knew I was going to be up front and be comfortable. I started off qualifying third, which was my best all season. In the first moto I made my way up to fourth and then third at one point. After that Chase [Sexton] got me with two laps to go, so I was pretty frustrated with that one; I almost got that moto podium and ended with fourth. In the second moto I came out second, which was my best start all season, so that was nice. I followed [Adam] Cianciarulo around for a while and got close, but Chase was on a mission. He caught us both, passed me and then was on Cianciarulo; then Cianciarulo fell, so me and Chase just rode it in for first and second. I ended 4-2 for fourth overall, unfortunately, but got my first moto podium ever in an outdoors series, especially in the 450 class, so we’ll take it. It was a super fun season and I'm looking forward to next year.”

“This was an amazing day and finish to the MX season for the entire team! Chase starting off the day as the fastest qualifier, winning his first 450 event overall, and finishing with a strong fifth overall in the series as a 450 rookie was a perfect way to finish his season! And Christian qualifying third and ending the final moto of the season second, proving he belongs on the podium. We’re very grateful that Christian helped the team by filling in for KR [Ken Roczen] and finished a strong sixth place overall in the series. The Team Honda HRC riders and crew all worked hard throughout the uncertainty of the season and it paid off.”

“What an amazing day for Christian and Honda to end on. I’m really proud of Christian for showing what he’s capable of and believing in himself all day. Battling for the lead and running the pace all day proves that he belongs up there. I’m bummed that 4-2 moto scores didn’t give him an overall podium so he could hold that trophy up to show his hard work all year. It was still a great day, and I wish he and his family the best in whatever is next for them!” 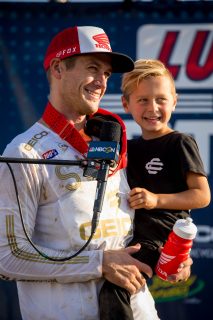 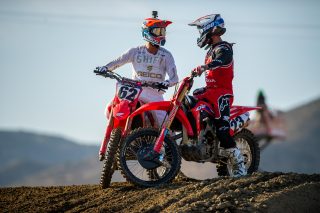 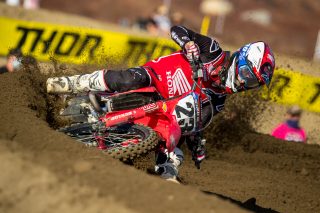 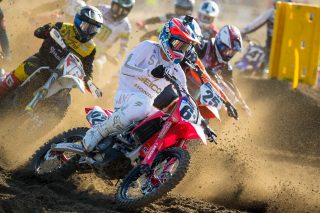 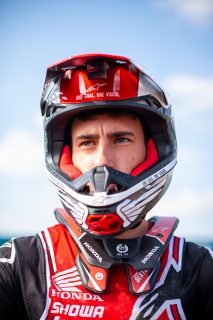 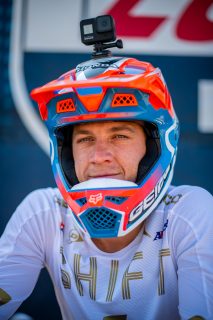 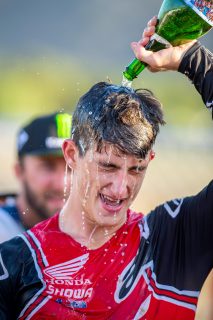 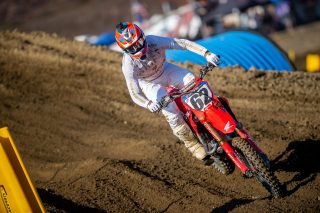 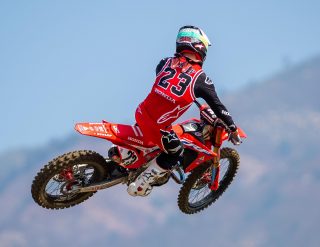 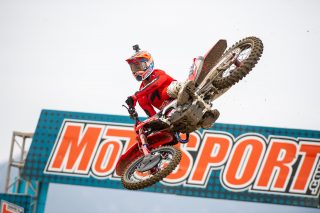 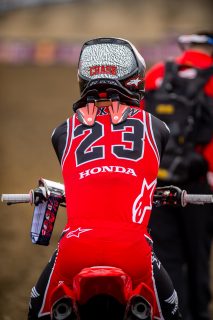 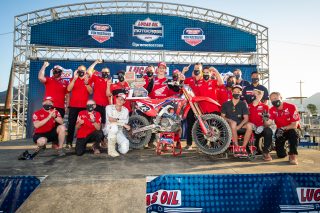 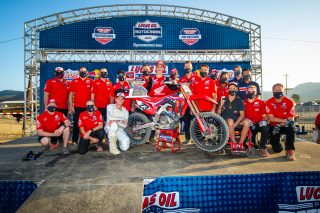 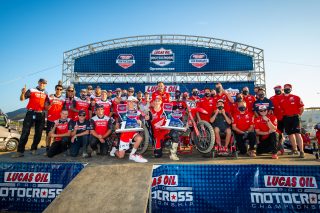 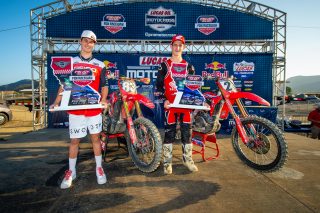 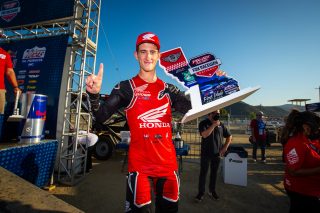 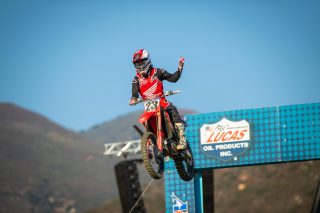 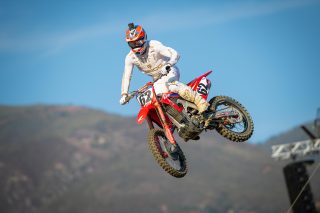 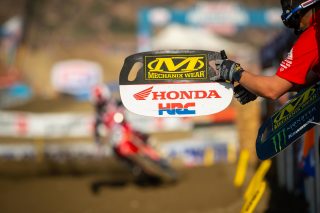 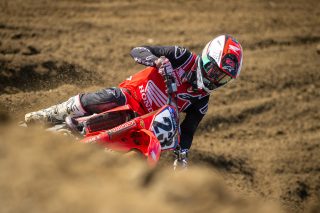 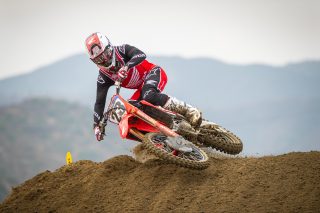 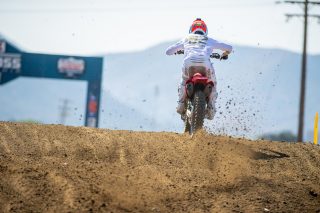 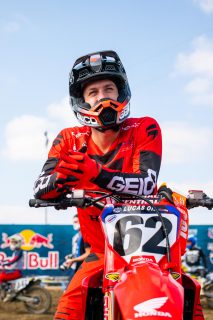 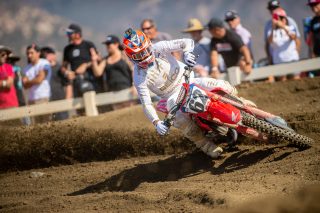 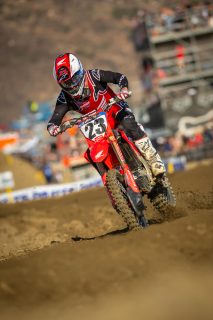 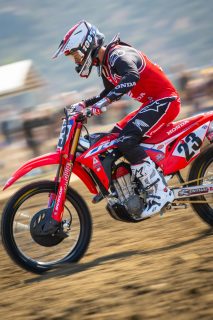