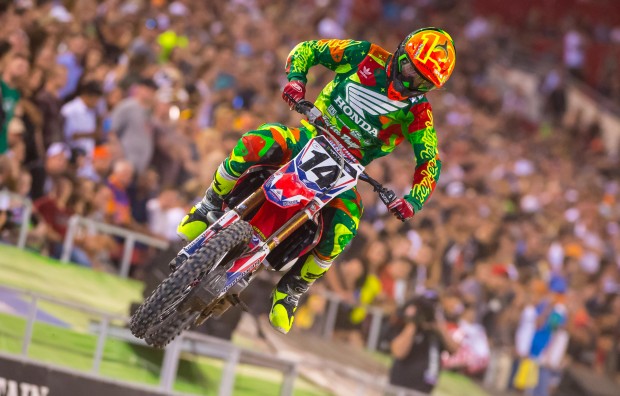 For Team Honda HRC, the 2015 Supercross season came to an exciting close at Las Vegas’ Sam Boyd Stadium, as Cole Seely rode to a strong fourth-place finish on the same night that he was named 450SX Rookie of the Year. Over the course of his first full series in the premier division, Seely earned no fewer than ten top-five finishes, including five podiums and his first 450 victory, putting him third in the final points standings.

In the final main event of the year, Seely got a poor start but began methodically moving his way though the pack. By the completion of the 20-lap race, he had advanced to fourth.

GEICO Honda’s Eli Tomac also finished the season off on a strong note, securing the runner-up position in the race and the championship standings. It looked as if the Coloradoan would be able to contest for the win, but a mistake a few laps in caused him to fall off the pace of eventual winner Ryan Dungey. Over the course of the 17-race series, Tomac won three main events and finished on the podium on eight additional occasions.

THE FOCUS: Series in Review

As the traditional AMA Supercross series finale, the Las Vegas round is always a good opportunity to assess a team’s performance, and for Honda and HRC, the 2015 season was a positive one. As is always the case, the hope had been to earn the championship, and while that wasn’t ultimately possible, CRF450R riders Eli Tomac and Cole Seely did take the second and third positions, respectively in the final standings. In addition, Trey Canard was in title contention for much of the series before breaking his arm in Detroit, and despite missing the last six races, he ended the series sixth in points. For Honda, it was a marked improvement over last year’s performance, which saw factory CRF riders finish fifth, 13th and 18th in the standings (Tomac and Canard missed much of the ’14 series with injuries).

The story was similar in terms of race-by-race results. In 2015, Honda riders earned a total of six wins and an additional 17 podium finishes, compared to zero and six, respectively, in 2014. Also impressive was the balanced performance by the Red Riders, with wins going to all three (three for Tomac, two for Canard and one for Seely). Perhaps even more representative of the Honda riders’ consistency was the fact that at least one of them finished on the podium in every one of the 17 main events, something that no other manufacturer managed. In fact, on six occasions, two of the three podium finishers were Honda-mounted; no other manufacturer achieved that feat even once. The icing on the cake was Seely’s earning Rookie of the Year honors in the premier class.

“This was the last Supercross race for the season and even though we couldn’t win tonight, our riders rode very well this year and we finished second, third and sixth in the championship—a big improvement from last year! The riders and the team worked well together and we were able to finish on the podium in all the races. This showed our potential for the upcoming outdoor series and for next year’s Supercross series!” 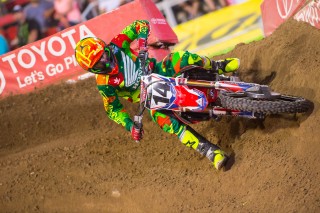 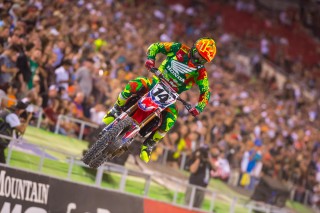 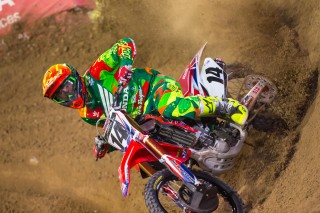 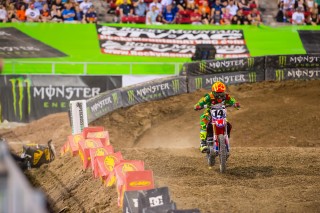 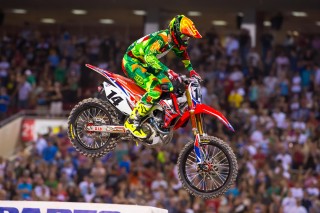 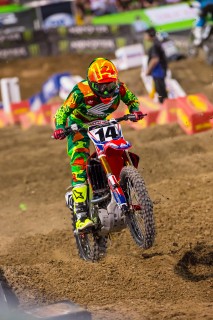 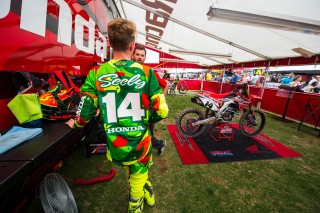 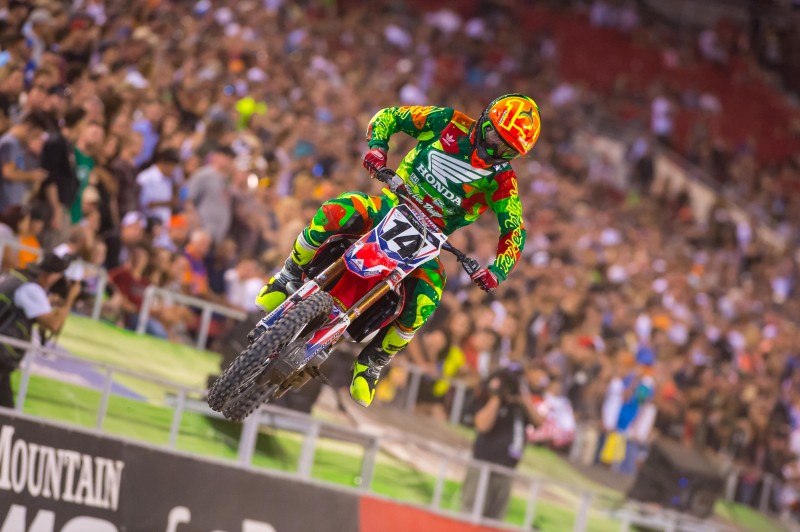