Ken Roczen put together an impressive performance at round four of the AMA Supercross series, scoring his first main-event victory of 2021, in Indianapolis. The Team Honda HRC rider’s win keeps him at the top of the title chase, with a six-point lead.

Despite some bad luck in the previous events, Roczen entered the first Indy round with a narrow 450SX points lead, and he demonstrated his unrelenting drive as he returned to the top of the podium in dominant fashion. The German was strong throughout the evening program, taking the win in his heat race before grabbing a third-place start in the main event. Roczen quickly advanced to second and was involved in an action-packed battle with Adam Cianciarulo and Eli Tomac before he made a strong pass for the lead seconds before the halfway flags went out. He briefly lost the lead when he ran off the track, but he regained it and never looked back, holding off Tomac to the finish.

Roczen’s teammate Jett Lawrence showed impressive speed throughout the day in the 250SX East class, posting the best qualifying time and finishing second in his heat race. Lawrence made a mistake at the start in the main event, and soon after had to stop to avoid another rider on the wall jump, leaving him in 12th place. Undeterred, the young Australian charged through the pack to third with three laps remaining. When he attempted to pass Christian Craig for second on the final lap, the two collided and went off the track, dropping Lawrence to fourth at the finish.

“What do I say--I’m speechless! We won the heat race which was great, but then the main event was chaotic. The track really deteriorated and there were more ruts than you can count. We all made some mistakes out there. I capitalized on Eli [Tomac] going down and had to make my way around Adam [Cianciarulo], who was riding really well, which definitely didn’t make it easy. Later I ended up cross-rutting off of the second double so I was deciding in the air whether I could brake and still tuck to the inside to stay in the track, but I would’ve gone into the Tuff Blocks. I had to make my way all the way around the berm; I couldn't get an advantage so I had to let Eli by, but in that same lap he left the door open and I took the opportunity to pass him. From there on he was pushing hard, but I kept him behind me and we made it happen. It was one of my best races that I’ve had in a long time, and I’m really happy that I could fight back and not just give it to them. This was our first win of the season, after a lot of unfortunate events that went on in the last few races. Tonight was our night and we won, so I’m beyond stoked!”

“I was feeling really good on the track, qualifying P1. In heat 2 I got a really good start with the holeshot but went down in one of the turns in the first lap, so I came out top-10 and made my way to second, which felt really good. In the main event I messed up my start and feel like I couldn't have done any worse, to be honest. That didn't give me a very good shot at winning, but I had a really good flow and made my way up to around sixth, but unfortunately I hit the rear end of another rider on the wall jump which made me stop. I had to roll back down to go back up, putting me back to 12th. I made my way through the pack to fifth and realized Jo [Shimoda] was right there and passed him. The next rhythm I got [Michael] Mosiman, and then Christian Craig was just up ahead, so I knew at that point I could actually get second. On the last lap I tried to make a pass before the whoops, and Christian and I ended up colliding and getting tangled up, which screwed us both. I still finished fourth for the night, which isn’t really what I wanted or needed. I've given Colt [Nichols] more cushion in points, but I’m hoping to close that gap on Tuesday and stay in this hunt for the title.”

“Ken and the team needed that win! Ken will get a good boost of confidence from that and keep the momentum going into round 5. Jett continues to show brilliant speed and is learning valuable lessons every week, and he’ll use this experience to be more consistent in his goal of podium finishes.” 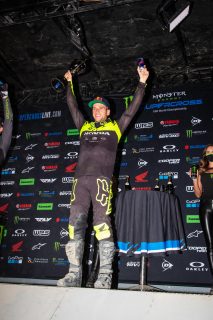 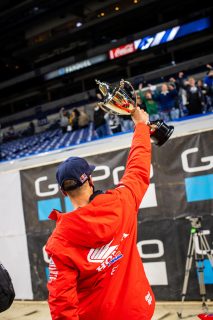 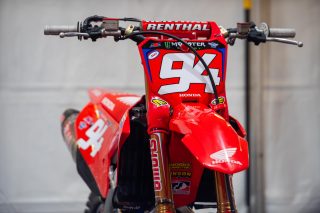 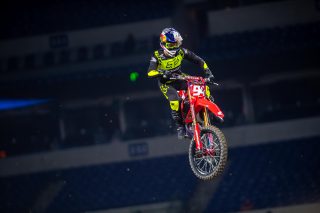 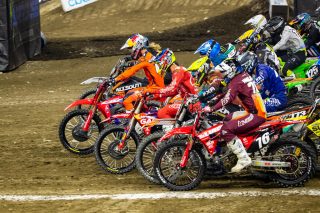 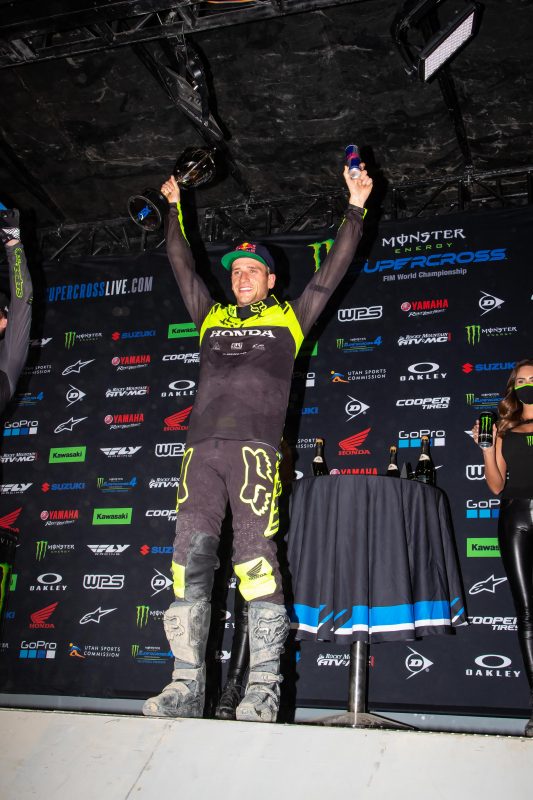