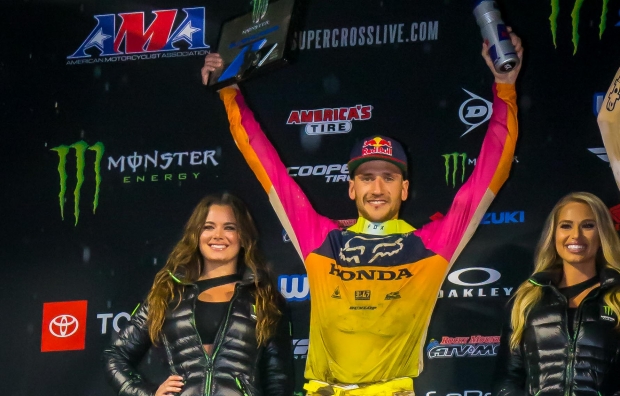 When the gate dropped for the main event, Roczen bobbled and briefly came together with another rider, dropping him toward the back. He recovered brilliantly by sneaking to the inside in the first turn and salvaging a sixth-place start, then charged up to fourth place in just a few laps. At the halfway point, the German capitalized on another rider’s mistake to move into podium contention. He still wasn’t finished, setting his sights on second-place Dean Wilson, and he quickly began closing the gap. Roczen eventually made the pass on lap 16, then took the checkered flag in second.

The night also marked the return of Cole Seely, who had been sidelined by injury for nearly nine months. The Californian had to shake off some nerves, but he still managed to put together a solid performance in the challenging conditions, eventually finishing 10thon the night.

“It’s good to get out of here healthy and with a solid podium. The conditions were tough; they can obviously play in your favor but they can also bite you bad. For about half of the main, we were still jumping the big doubles in the middle but it was definitely sloppy and sketchy out there. It was really all about consistency. There were ruts everywhere so you had to try not to make any mistakes. Once we got into the lappers that’s when it got really bad. I got held up a couple times, which cost me time. I’m pumped though; I’m leaving with a heat-race win and second in the main, so I couldn’t have asked for a better first race.”

“The worst thing about today was the weather. Looking at it overall, we’re getting out of here with good results; I think both guys met their goals, and most importantly we’re healthy—that’s definitely something positive to start this series with. It could’ve been a lot worse, considering the conditions. For Ken to come away with a podium is great. He rode smart, minimized mistakes on a tricky track, and came out in second. I think a top 10 for Cole is also good. I know he had some nerves throughout the day, but with every lap in practice and even in his heat, you could tell he was getting more and more comfortable. It was a great stepping stone for him to race those two overseas events but the landscape of the competition and tracks is much different; today was his first real gate drop, and I think we’re going to continue to see his confidence grow and speed increase each weekend.”

“Let’s be real, Cole was off the bike for over eight months, so we knew he was going to have some nerves coming into today. We kind of made goals that didn’t necessarily include putting a number on the finishing position. We wanted to get good starts, which unfortunately didn’t happen, but more than anything, we wanted Cole to just get into battle, feel the pace and get back to racing. I think that’s what we did, so I’m happy. In his heat, he started off a little slow but after the first few laps you could see him start to get comfortable and click off some good laps and make a few passes. The main event ended up being a mud race. He didn’t get a good start, so he made life hard on himself. He did what he could, coming back to 10th and then hung out there for the last half of the race. It’s a long series and I think this was a good first race to build on.” 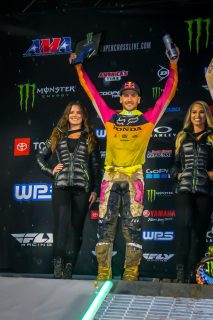 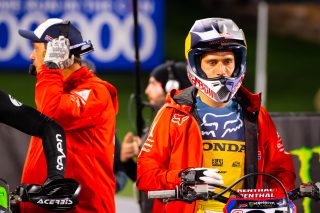 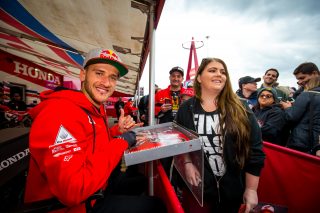 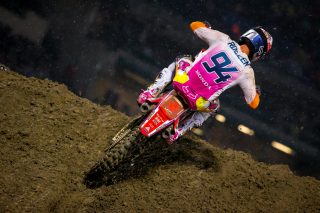 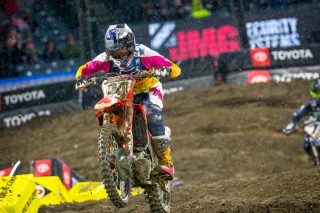 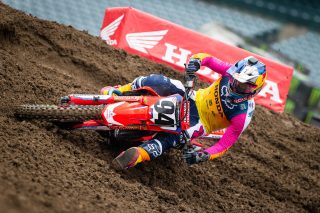 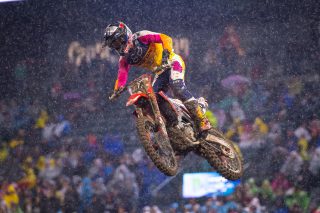 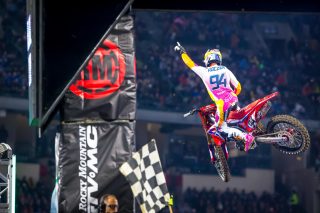 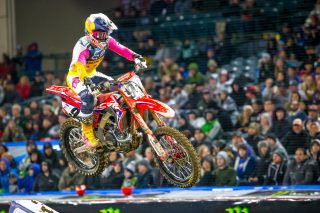 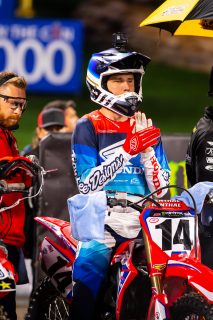 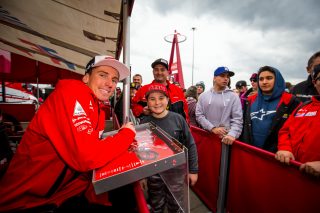 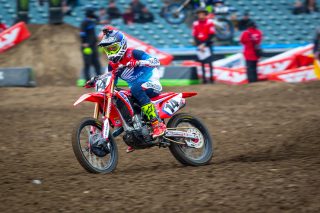 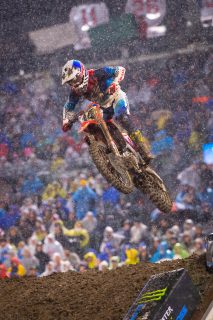 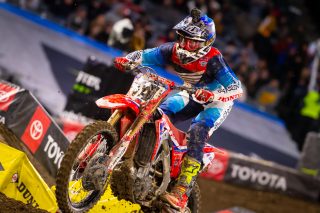 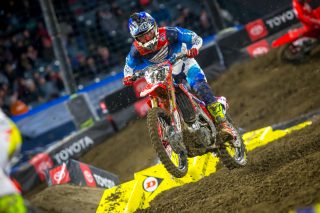 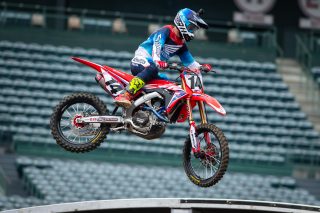 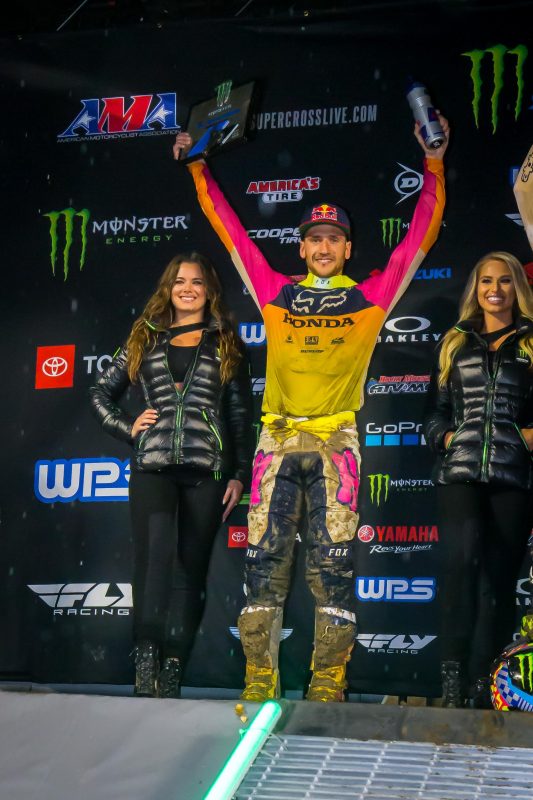