It was another exhilarating night for Team Honda HRC at San Diego’s Petco Park, as Ken Roczen emerged victorious from a thrilling battle and opened the AMA Supercross season with back-to-back wins. Roczen launched to a fourth-place start but rode his CRF450R into second place on the opening lap. The German stayed within striking distance of the leader, making multiple advances before successfully taking over at the 13-minute mark. He was kept honest throughout the remainder of the race but stayed composed, ultimately taking the checkered flag for the win.

Teammate Cole Seely got off the line to a top-10 start and advanced to fourth by lap two. He maintained that position until the halfway point before relinquishing two spots. With three laps remaining, Seely put together one last surge to regain fifth, which is where he finished.

This marked the fourth annual Military Appreciation race in San Diego, and the entire industry came together to honor the men and women who have served and sacrificed in the United States Armed Forces. Once again, Team Honda HRC showed their full support by donning their CRF450R race bikes in military-inspired graphics by Throttle Jockey. This year was unique in that Cole Seely’s and Ken Roczen’s bikes showcased different themes, which were matched by their personal gear. The number 94 machine was armed with red plastics and snow-camouflage graphics, while the number 14 Honda wore stars across red and navy fields.

“The idea to base the graphics off the riders’ gear actually came from Matt Davis at Throttle Jockey,” said team manager Dan Betley. “We’ve done different designs over the past couple years but I think these turned out pretty cool, especially seeing Ken and Cole in their gear and on the bikes.”

“It’s great, and in actuality it’s such a small thing,” Seely said of the event. “I mean, all we’re doing is putting different stickers on our bikes and wearing different gear, which is so minute compared to what the members of the military have done and continue to do for us. This is the least we can do. I hope they feel appreciated because we really just have to say thank you to all of the people who have served and put their lives on the line.”

Ryan [Dungey] kept me on my toes. The track broke down and it was really rough out there, but that's the fun part. I hope the fans enjoyed it. That's what they want to see—a battle for the win. I’m happy to be up here again—actually happier with this weekend's win than last weekend's. Another day in the books and I'm looking forward to next weekend.

It was a very tough race tonight and it was great to beat last year's champion the way Ken did. I’m sure it gave him more confidence going forward into the rest of the season. I was also glad to see that Cole improved from last week. I’m sure he’ll be on the podium very soon! I would like to congratulate the team as well for their hard work. 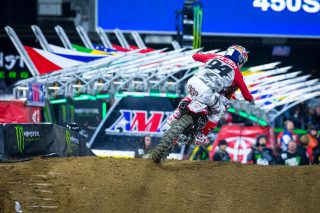 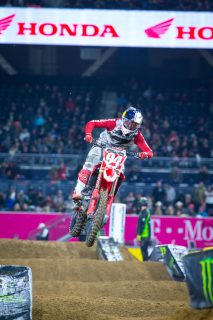 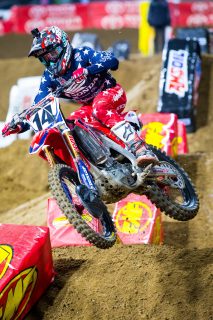 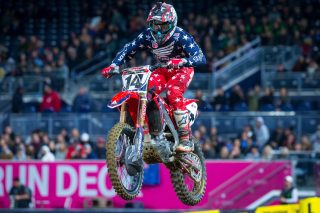 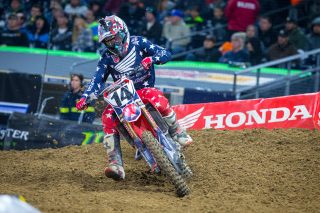 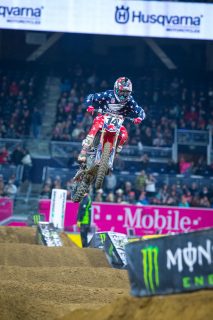 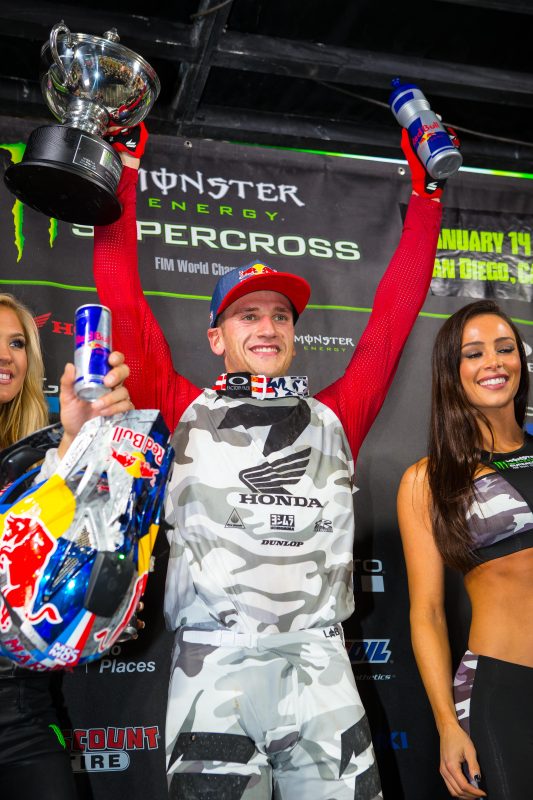