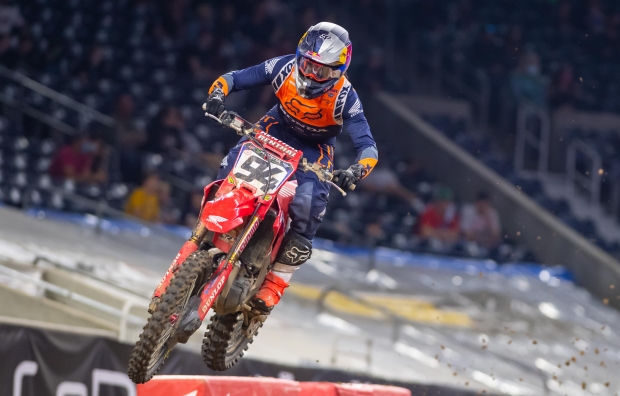 The 2021 AMA Supercross finished its triple-header residency at NRG Stadium in Houston, where Team Honda HRC’s Ken Roczen posted a second-place 450SX finish that put him into the points lead, one ahead of both Cooper Webb and Justin Barcia.

Roczen enjoyed a strong start aboard his CRF450R and passed Webb for the lead two minutes into the 20-minute-plus-one-lap main event, then pulled a comfortable margin of over three seconds. Lapped traffic became a factor later in the race, and on the last lap, Roczen was balked by Dean Wilson for several corners, which allowed Webb to sneak by and take a close win.

Fresh off his debut win at round 2, Jett Lawrence got a poor jump at the start of the 250SX East main event. After completing lap one in seventh, he steadily worked his way through the pack and put an aggressive pass on Michael Mosiman for third on lap 16. That’s the position he held to the finish, for his second podium in three races. Lawrence sits third in the title chase, six out of the lead.

“We had a pretty solid night, winning the heat race and then grabbing a good start in the main event. We put a pass on Cooper [Webb] and I was leading the way until the last lap, when [Dean] Wilson got in my way and was ahead of me for three quarters of a lap. I was yelling and screaming. He said he didn't hear me, but obviously there were blue flags around. I hit the back of his wheel and almost went down--a lot of madness going on. I passed him, but at that point that was the end of the race. We came in second place, even though we should’ve had the win. A lot of positives to take away here though, with the red plate and a second-place finish. It’s not ideal but I’m looking forward to Indy.” 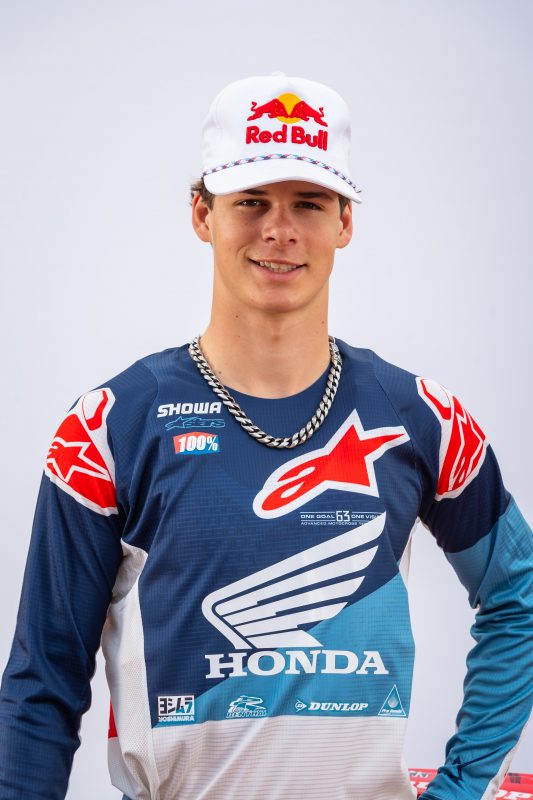 “The day wasn't bad. I qualified strong; I was a little sore after my crash in the last qualifying session, but I felt okay in the heat race and knew I had to improve in the main event. Unfortunately, I messed up the start and had to make my way through the pack, and by the time I got into third the leaders were gone. I’m happy to salvage a podium, but we’re much better than that. I’m looking forward to Indy, to get back on top and start chipping away at these six points.”

“Overall, it was a good night for Jett and Ken maintaining the goal of being on the podium every weekend. Jett overcame a hard crash in qualifying and a bad start in the main event to still ride to a podium finish in the main event. Ken led most of the 450SX main to then get held up on the last lap and settle for a solid second. Now we regroup and head to Indy!” 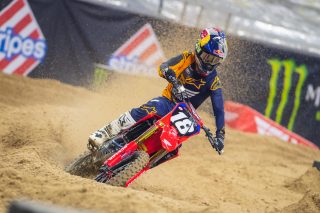 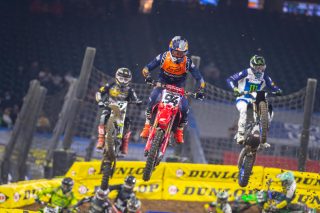 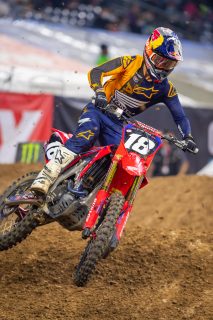 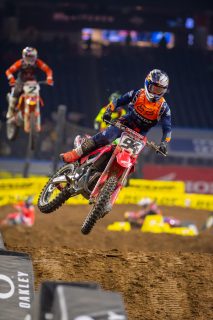 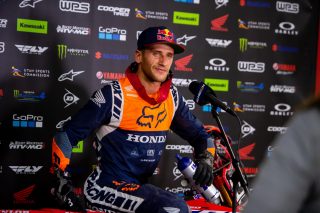 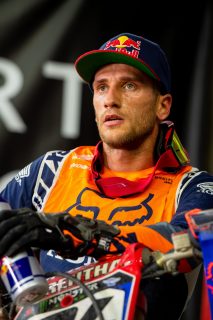 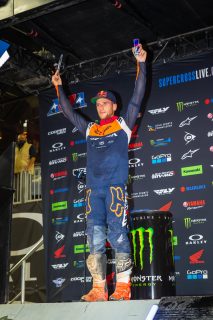 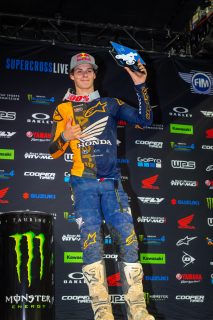 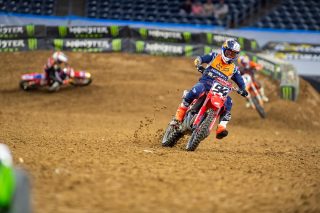 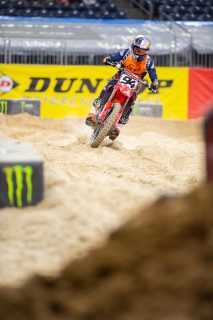 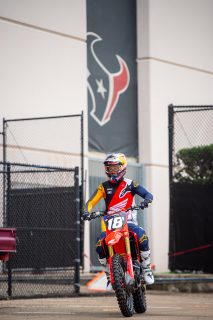 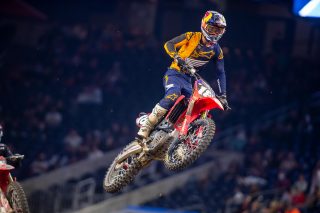 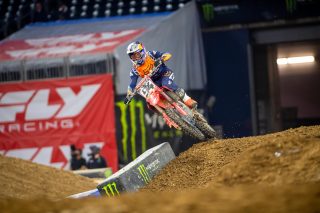 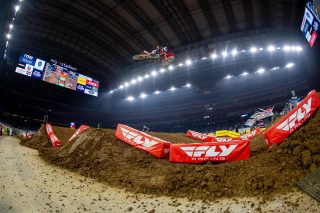 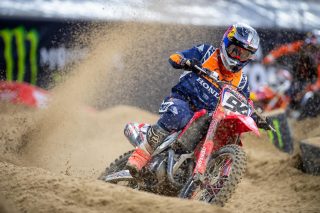 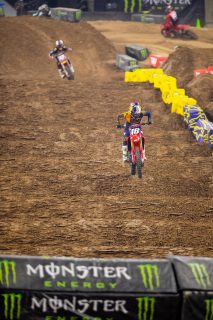 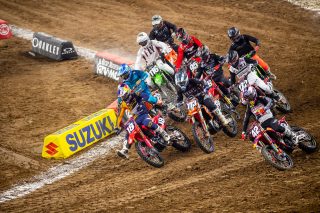 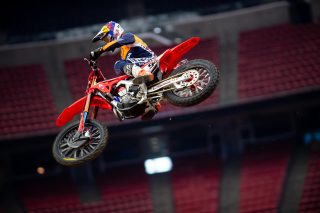 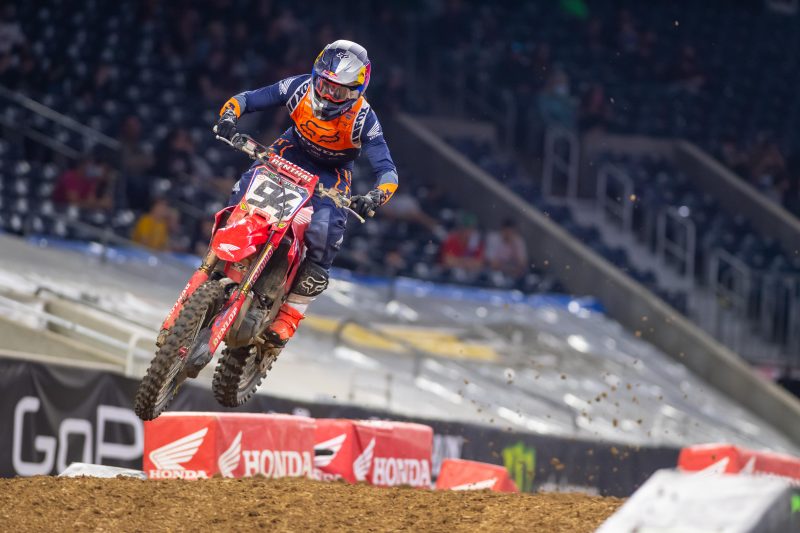