Round eight of the AMA Pro Motocross series at Millville, Minnesota’s Spring Creek MX Park was marked by ups and downs for Team Honda HRC. Fredrik Noren put in another impressive performance aboard his factory CRF450R, scoring a career-best moto finish of fifth en route to a solid seventh on the day. This matches the Swede’s career-best overall finish, the previous result having been logged during the most recent round, at the Red Bud National. After missing the past two races due to injury, Cole Seely was slated to make his return, but a crash during the second practice session left the 450 class rookie sidelined once again.

While some justifiably envy factory racers for the special equipment to which they have access, this is one of those rare times of the year when the public is able to ride new models before the official team riders. Honda’s 2016 CRF450R is beginning to arrive at dealerships, and the motorcycle media has recently been sampling the new machine during press launches in Southern California. The bike has received several updates aimed at improving handling, including a longer fork, a new rear-suspension link and revised damper settings. As usual, however, Team Honda HRC will be finishing out the season with what it knows—the 2015 model.

“We’ll transition to the 2016 CRF450R immediately after the 2015 motocross season concludes in Indiana,” explained team manager Dan Betley. “The bikes have a lot of similarities, so there aren’t any drastic changes that need to be made, but we’ll continue to improve our settings.”

Despite the fact that the 2015 CRF450R finished on the podium at every AMA Supercross round, Betley feels that there are still areas where the bike’s indoor setting can be improved. “We’ll begin focusing on that for the Monster Energy Cup and the 2016 Supercross season,” he said. “I think our motocross setting is coming along and we’re in an okay spot, but we’ll know more when Trey [Canard] is back and can give additional feedback. Testing never stops, no matter what bike you’re riding. We always want to continue to improve and evolve.”

“It was a good day. I came out strong in the first practice and set the second-fastest lap; it was pretty muddy, which are the conditions I like. In the second practice I struggled and got 13th, but still got a decent gate spot in the first moto. I’ve been working a lot on my starts this week and that helped for sure because I got two good starts, putting myself in a good position in each race. We made some minor adjustments to the bike between motos that made me even more comfortable, and I think it showed in my riding. I’m happy and can’t wait to do better at Washougal.” 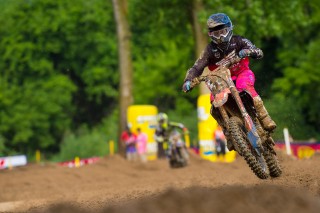 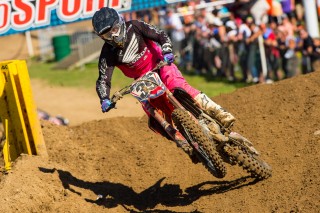 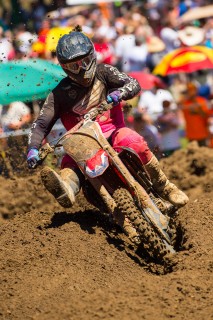 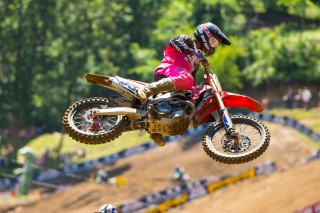 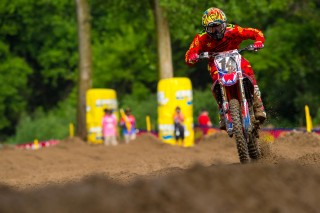 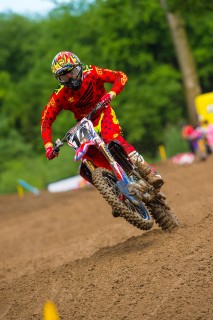 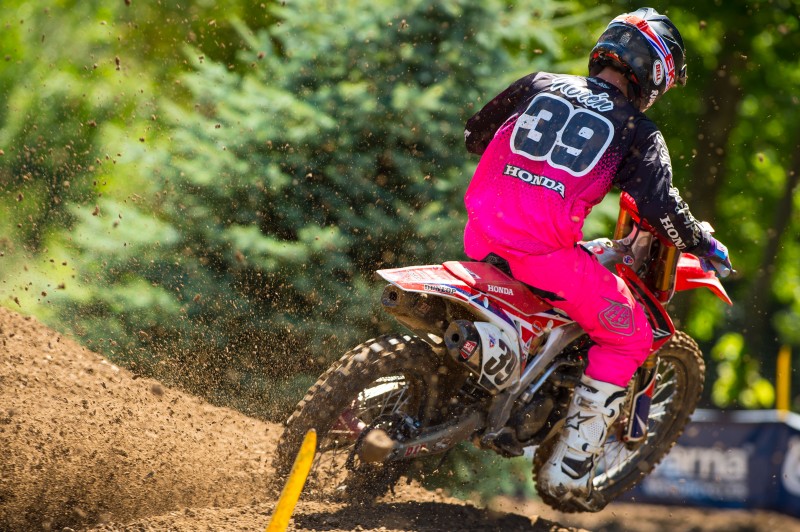