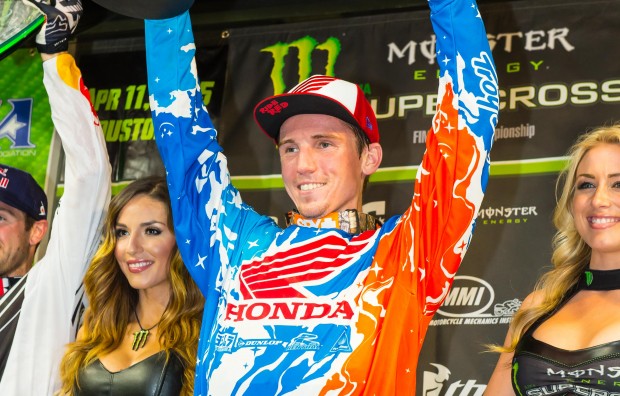 Round 14 of the AMA Supercross series was cause for celebration for Team Honda HRC crew, as Cole Seely turned in the best performance of his career, leading every lap of the main event en route to his first-ever 450SX victory. Seely got off the line to a great start and quickly overtook the two riders in front of him to assume the early lead. Once out front, the premier-class rookie rode more like a veteran, setting an unmatchable pace that at one point carried him to an impressive 12-second advantage over second place. His solid performance advanced him to third place in the championship points chase.

Joining Seely on the podium was GEICO Honda rider Eli Tomac, who battled his way through the field following a mid-pack start, eventually finishing third.

While Cole Seely’s debut 450SX win at Houston was a big deal for the Red Riders, it wasn’t the only good news out of Texas for Honda and HRC. The day after that Supercross success, the factory Repsol Honda MotoGP team was victorious at its series’ second round, in Austin.

Many Supercross riders and team members are fans of MotoGP, and following Saturday night’s Houston race, several of them made the 160-mile trip west to Circuit of the Americas. Among them were Team Honda HRC Chief Engineer Masamitsu Hirashima and Chassis Engineer Satoshi Matsushima, who have friends that work on the HRC MotoGP project in Japan. “I really like to watch the MotoGP races, but this is the first one that I’ve been to,” Matsushima said. “The track is very big compared to Supercross, and the sound and speeds are great.”

Repsol Honda had a dream weekend at the Grand Prix of the Americas, with reigning MotoGP champion Marc Marquez taking pole position on Saturday before extending his perfect win record at the venue on Sunday, adding to his victories from 2013 and 2014. In addition, Honda riders took the top four positions in the Moto3 support class. (All bikes in the Moto2 class are powered by Honda CBR600RR control engines.) 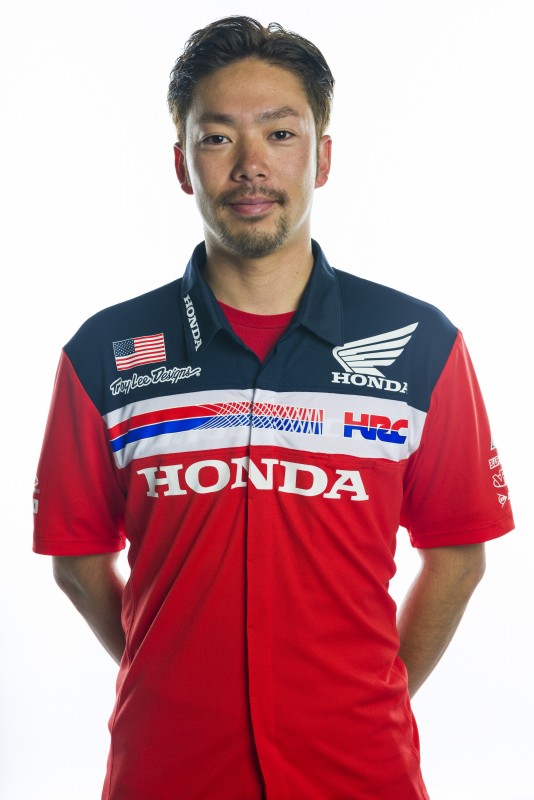 “It was a very good night for Honda. First of all, congrats to Cole on his first 450 Supercross win! He had a good pace throughout the day, and in the main he got a good start, then pretty much ran away from everybody! We’re very pleased with the way he rode and are very happy for him! Eli started mid-pack in the main and came back to third, so that was good too. I’m very happy that we have now had all three riders win on the CRF450R, as it showcases the potential of the bike. We still need to work on the starts though. Congrats to KTM for the championship, but we’ll keep trying.” 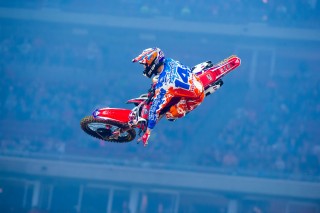 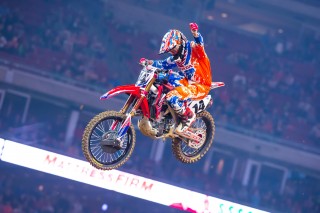 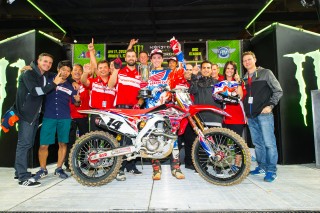 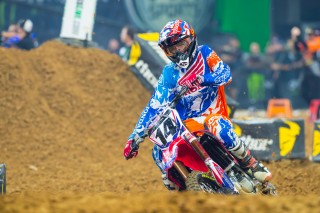 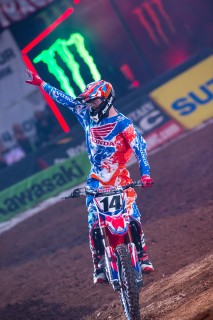 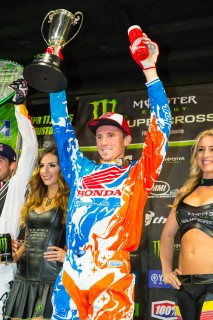 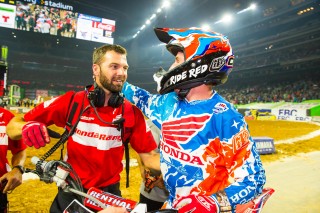 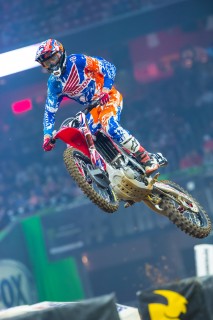 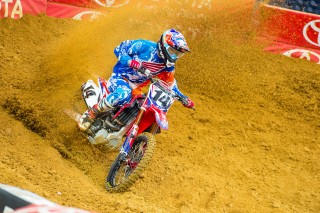 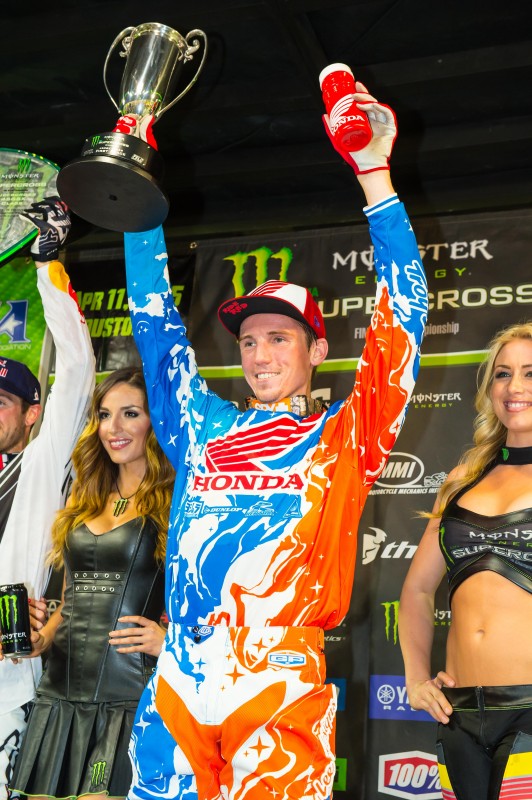