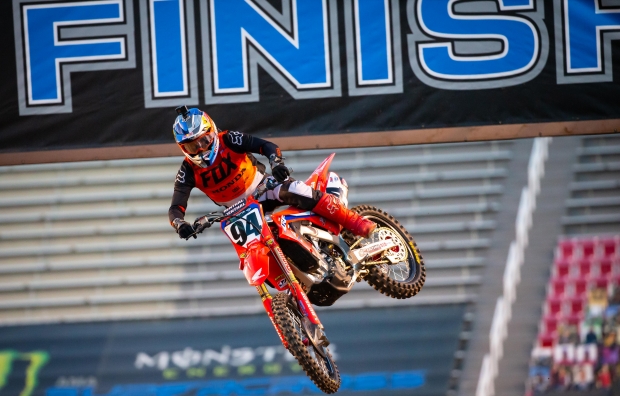 The first AMA Supercross ever held on a Wednesday–and the second race in the space of just three days, although both took place at Salt Lake City’s Rice-Eccles Stadium–saw Team Honda HRC’s Ken Roczen launch a strong recovery from a so-so start, only to end up fifth at the finish. Starting from the far-inside gate, the German was balked in the right-hand first turn and finished lap one in eighth, but he went on a tear that carried him to fourth in the space of just five laps. As the track became slipperier, he lost momentum and ended up riding to a safe top-five result.

Although Roczen lost ground in the title chase, he showed good speed and is ready to apply lessons learned for round 13 in four days. Roczen’s teammate Justin Brayton finished ninth for the second race in a row, although this time it came about in a much different way. After getting held up in the first turn and completing lap one back in 15th place, Brayton quickly advanced four positions, then slipped a spot, but regrouped in the latter stages of the 27-lap race and mounted another charge that landed him ninth.

“I’m feeling good on the bike and had a good heat race, but obviously I’m having issues that prevent me from keeping it going. I’m trying to figure it out and do my best to come back stronger. This thing isn’t over yet, but obviously fifth place is not where we want to be. The main goal is to try to be better, and especially get a better start; I took a chance going to the very inside on the start gate and that didn’t work out. I’m going to rest and recover, and I look forward to trying our best in the next race.”

“So another ninth place, but it was a totally different type of ninth place than on Sunday, when I started second and kind of made some mistakes and went back. This time I got a really bad start and just got pinched off. I was in the second gate from the inside, which was kind of a gamble, but I chose it and it kind of bit me. I think I might’ve been last around the first turn and came back to ninth, so I felt good about the ride. I had really good lap times, especially the last 10 to 15 laps, so I just need to get a better start and I think we’ll be good to go here in four days.”

“Today was about damage control. Early in the day things were good; practice went well and Ken’s heat race went well. We know that starts are so important, and in that main event, both Ken and Justin were too far to the inside, got shut off and were pretty far back. Ken had to put in a really hard effort to battle back up into position, and he struggled to maintain that same effort throughout the race. We need to work on starts and come back strong for the next event.”

“We had a decent day--nothing too great but not terrible either. Practice was okay, and the heat race was awesome. The main event could’ve been better. The start wasn’t the best; we took a gamble on the inside gate and it didn’t pay off.” 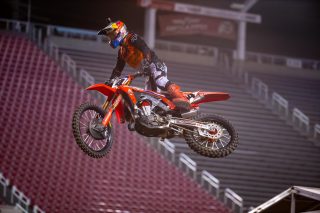 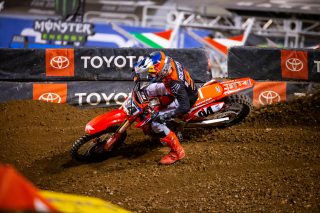 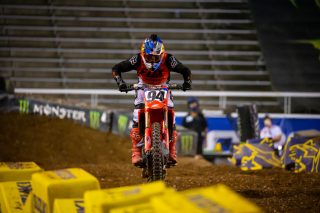 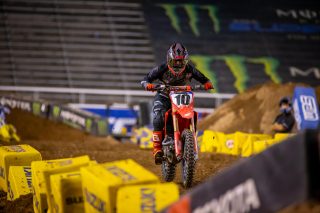 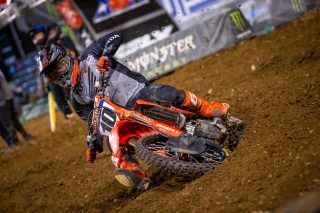 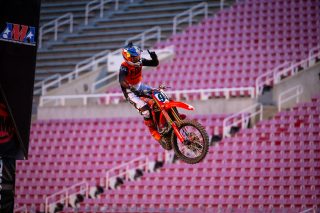 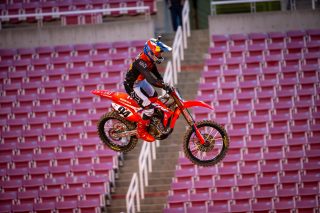 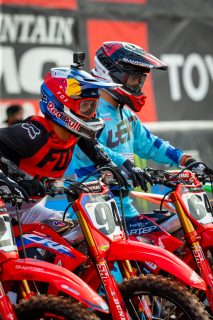 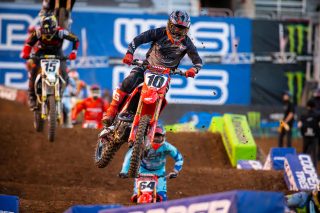 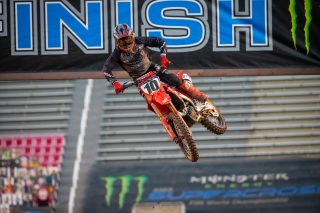 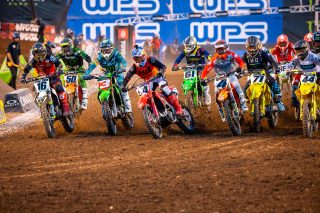 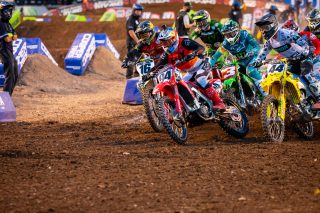 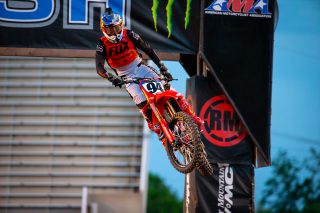 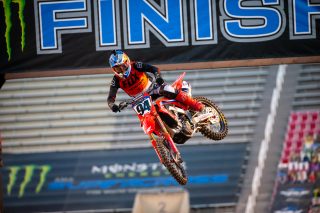 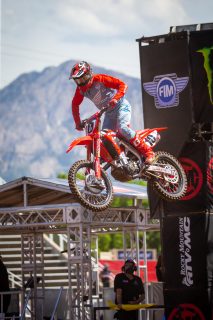 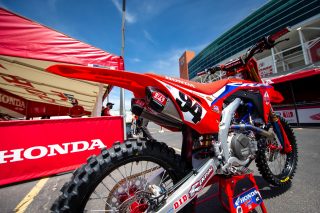 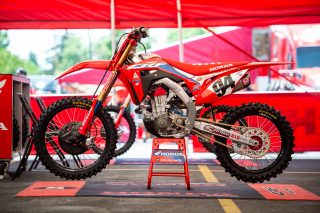 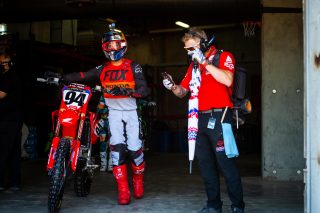 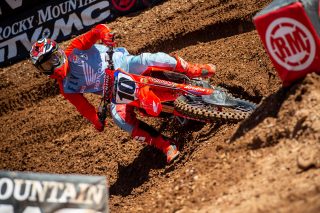 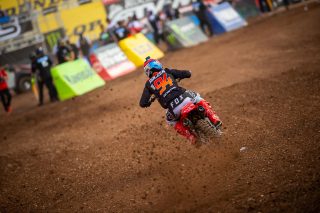 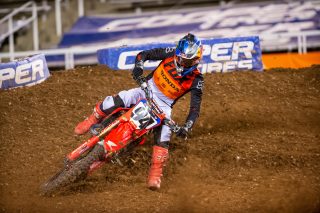 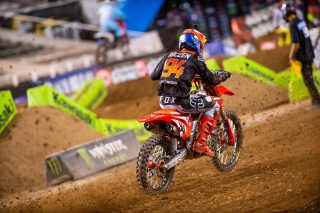 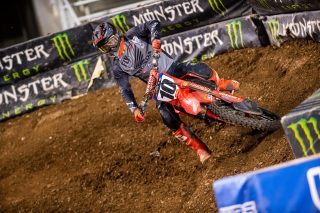 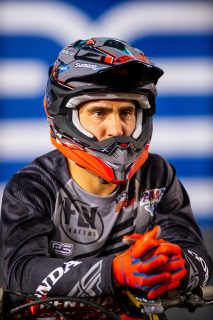 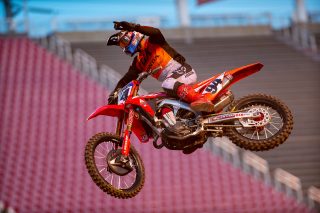 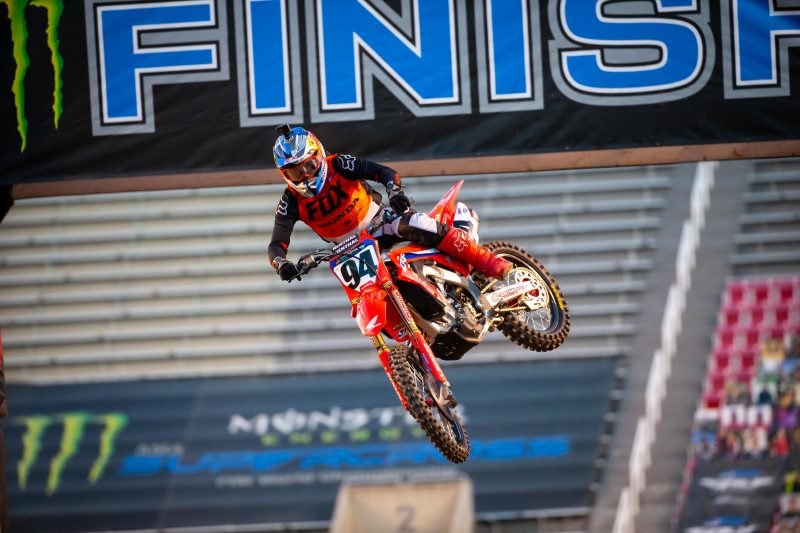