The 2015 AMA Pro Motocross season concluded with the Ironman National in Crawfordsville, Indiana, where Team Honda HRC’s Trey Canard rode to a respectable sixth-place overall finish. The Oklahoman struggled in the first moto, getting a less-than-desirable start and riding to eighth. In the final moto of the year, Canard launched his factory CRF450R off the line to a decent start, only for the race to be red-flagged on the opening lap. After the riders were directed back to the starting line, Canard was unable to duplicate the strong launch on the restart, and was outside the top 15 on lap one. He quickly began advancing though the pack, ultimately finishing the 15-lap race in fifth place.

In addition to serving as the final stop in the AMA Pro Motocross series, the Ironman National showcased a 12-rider lineup of racing veterans and former champions, in the inaugural Legends Race. It was a rare opportunity for race fans to see some of the sport’s most successful names take to the track for bragging rights. The star-studded roster included Honda hero Jeff Stanton, a triple champion in both AMA Motocross and AMA Supercross, along with fan-favorite and 27-time premier-class race-winner Kevin Windham. Also lining up for the memorable event was 1990 AMA Motocross 125 Champion and current Motosport.com/GPI/Honda team manger Guy Cooper.

Windham has only ridden sporadically since retiring in 2013, but he enjoyed the opportunity to get back on his GEICO Honda CRF450. “I didn’t know what to expect because a lot of us haven’t ridden in a long time,” Windham said. “Some of them had, and I think it was pretty obvious who had been doing the riding and who hadn’t. I tried to stay with them as best I could, but being retired and old, I didn’t want to put myself in a position where I could get hurt.”

“Things weren’t great today; I definitely struggled again. The track was gnarly. If I’m being honest, I think they dig it a little too much, but there are no excuses. Everyone had the same track, and I just wasn’t on par. Practice wasn’t good, first moto wasn’t good after a bad start, but luckily we made some good changes before the second race and I felt better. I’m disappointed and wanted to do better, but I have to realize that these guys have been racing all season. I need to be a little more patient with myself, but it’s no fun going out there and riding around in eighth. Despite that, I’m grateful to be back racing and have four rounds under my belt. I feel like this will help me heading into next year.” 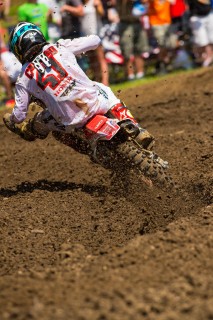 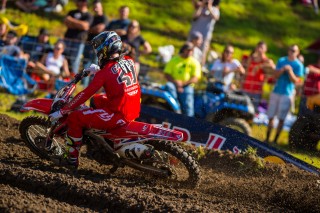 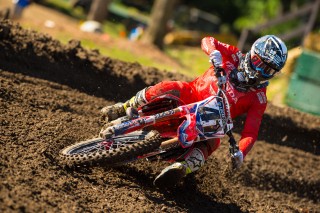 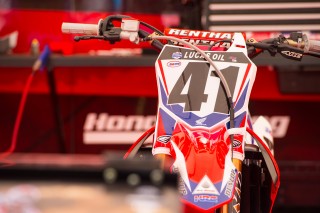 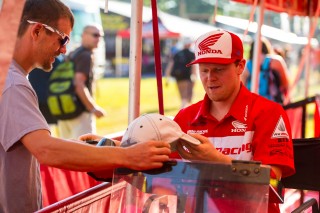 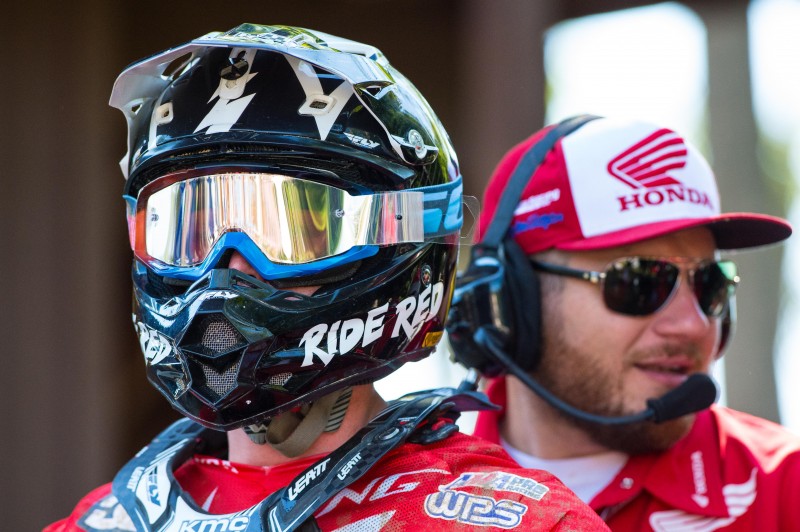